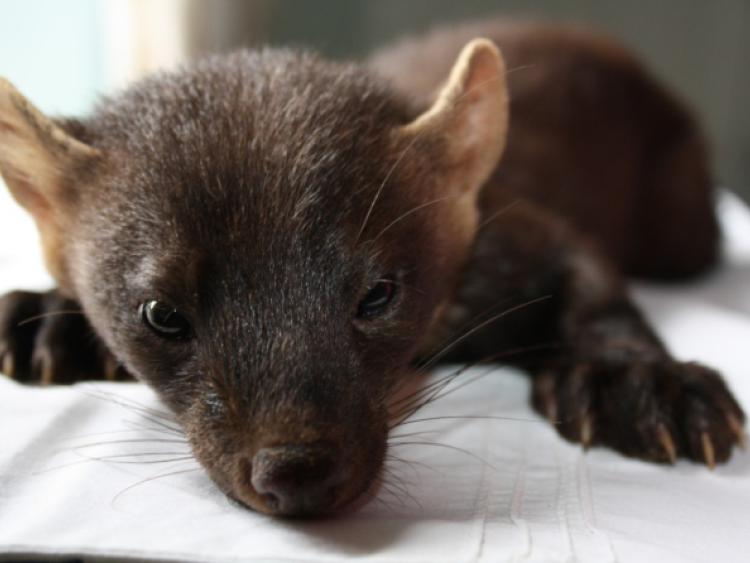 This adult pine marten turned a corner in his recovery this week.

This adult pine marten turned a corner in his recovery this week.

He came into our care around ten days ago when we received a very concerned call from someone in Westmeath.

While doing some work down in one of their fields they came across the young male in a very confused state. The animal was clearly in distress and needed help immediately. After directing the caller on what to do, she and her brother were safely able to get the Pine Marten into a pet carrier.

As Kildare is a couple of hours drive away and with the animal being so critically ill, we were able to call on the staff at the National Animal Centre in Longford for assistance. One of the kind staff members went and met the finders to collect the animal.

Once he was at the NAC he was examined by the vet on site. He was cold, dehydrated, suffering from shock and painfully thin. He was placed on an IV drip without delay, placed on a heat mat and treated for shock. He was then left alone to rest.

When the staff went to check on him the following morning he was standing and moving around a little. He was very unsteady on his legs and doing a lot of circling but did start to eat.

We were very concerned about the circling.

After three days in the NAC the pine marten was cleared as stable enough to travel and was transported to our shelter for further treatment and care.

We suspect that he had received some head trauma which had caused him to circle and cause the loss of his eyesight. Most might have decided that it wasn’t worth giving him the chance, but we believe time can be a great healer once the animal has good quality of life.

We gave the pine marten lots of supportive care in the last ten days and he is slowly putting on weight. While I was doing the daily cleaning of his cage the other day, the pine marten awoke and looked directly at me and his head moved when I did. This was a joyous moment as it was a very positive sight. Over the following few days, we noticed him watching people come and go and also noticed the pacing stopped. He still has a long way to go before being returned to the wild but it’s a huge step forward.