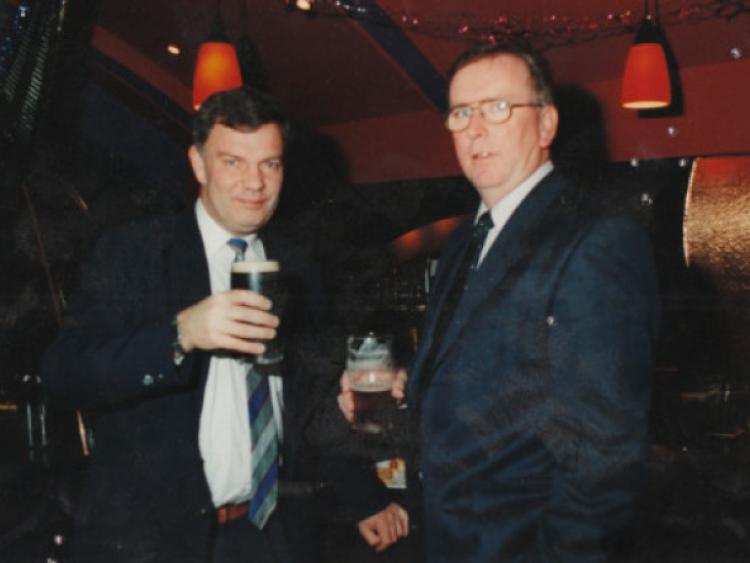 At the REHAB Co Kildare People of the Year Awards on Friday next, the organising committee will pay tribute to former judge, the late Michael Sheeran who sadly died in February last.

At the REHAB Co Kildare People of the Year Awards on Friday next, the organising committee will pay tribute to former judge, the late Michael Sheeran who sadly died in February last.

Along with Ellen Dillon and PJ Gorey, Michael had been on the judging panel for years and took his role very seriously.

Michael’s wife Mary will be joined by sons Colm and Philip, Michael’s siblings Pat, Roisin and Joe plus extended family for the awards banquet to be held in the Keadeen Hotel on Friday next.

The couple’s other son Emmet resides in Australia.

A student of the first journalism course facilitated at Rathmines College (Geraldine Kennedy being in the same class), Michael began his impressive career in newspapers with the Evening Press.

After a six-year apprenticeship, Michael joined the Kerryman and was later appointed Editor of the Enniscorthy Echo, the youngest ever to take on the role.

In 1979, Michael and Mary moved the family to Carbury, Co Kildare where Michael took up the post as North Kildare journalist for the Leinster Leader Ltd before returning to the Evening Press.

A talented golfer with a consummate knowledge of sport, Michael was head hunted by a new tabloid Irish edition, the Irish Daily Star and was subsequently appointed the Sports Editor.

“He was given a room and a phoneline and told to set up a news department,” said his wife Mary, “and he loved it, absolutely thrived in that job. Years later, a colleague, John Donnellan, spotted an advert in the Leinster Leader for an editor and joked ‘There’s your retirement, Mick!’ and the rest is history”.

During his ten years as editor of the Leinster Leader, Michael had a reputation as a direct, no nonsense but always fair editor.

“Never, ever print anything that does not sit well with your conscience. You have to be able to sleep at night,” he advised journalist Sylvia Pownall, now Deputy Night Editor with the Irish Sun.

Sports Editor Tommy Callaghan worked closely with Michael and remembered fondly many an argument with the ‘crusty’ editor.

“In all the arguments, whether it was with myself or a third (or fourth) party, no one ever fell out. Once you realised you were never going to win the argument, no matter what the subject, when the dust settled, Michael would invariably suggest “I think it’s your round!”

After he retired as editor, Michael continued his passion for reading, renewed a ‘spot of gardening’ and began working with adult education/literacy courses with the VEC, a role he derived enormous pleasure from.

Retirement also brought Michael and Mary an opportunity to visit son Emmet and Kathy in Australia and in 2012, he spent treasured time with grandchildren, Dessa and Ines. The couple also visited Phillip and Eilish in Cardiff and made regular trips to Europe.

“His sharp wit and methodical scrutiny of the voluntary work of our REHAB finalists was missed this year,” said Matt Browne, Awards Co-Ordinator.

“He had a sharp mind and you’d have to be up early in the morning to catch him out, that’s for sure!

“But we look forward to seeing Mary and the extended family at Friday night’s award ceremony when we will pay tribute, not only to our ten finalists, but to the late, great Michael Sheeran”.