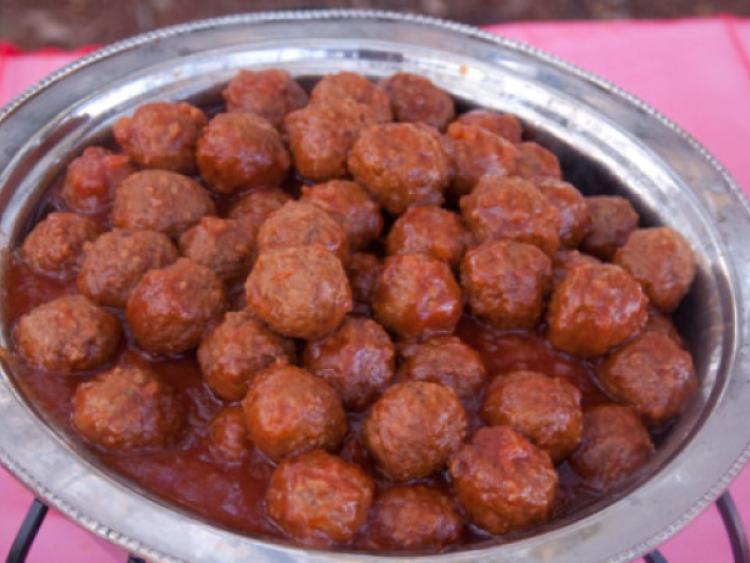 Fifteen minutes spent digging around in the freezer with a head torch and pick axe paid off this week when I found what I had been looking for.

Fifteen minutes spent digging around in the freezer with a head torch and pick axe paid off this week when I found what I had been looking for.

With a celebratory “EUREKA!” I held aloft a packet of meatballs from a brand which has recently been in the news over the horsemeat controversy. There was no need to go shopping, I’d have dinner for six on the table in half an hour thanks to these tasty meatballs, something I purchase for emergency situations like today.

“YUK. They are not meatballs. They are horse balls.”

Objection number one came from the teenager.

“Maybe they are but you have been eating them for five years and never complained”.

“Well I never knew they were made of horse. I’m not eating them”. She tapped away at her phone furiously.

Last week, unbeknown to me, she secretly videoed me singing Minnie Ripperton’s “Loving You” and uploaded it onto Facebook without telling me. It’s like living with a Sky News film crew and I am the main story.

For all I know, she could have filmed me in the freezer chipping away at the ice with a pick axe five minutes ago. At this moment I could well have a million hits and have ‘gone viral’. But with three of the four children owning small electronic devices that record, the only sensible thing left to do is to get them to sign a confidentiality agreement before they come down to breakfast. But back to meatballs.

“HORSE?” Objection number two came from the other teenager in the house. “I’m not eating them either”. Great. Teenage revolt at tea time. Just what I needed.

“What’s the difference between a cow and a horse?” “Is this a joke?” “NO. They are both animals. They eat horses in France, shark in Australia and our Chihuahua would probably be skewered and served with chilli dipping sauce in Korea”.

So I did stop but not before pointing out that I was copying them.

“He’ll eat them,” the eldest pointed at her eight year old brother as he came into the kitchen.

“Eat what?” he asked innocently.

He was chewing on something and it wasn’t meat. I pulled a bit of Lego from his mouth.

The dog was at his feet chewing furiously on something. She spat out a piece of Lego. This was getting ridiculous.

“We are all eating these meatballs tonight and you will like them.” I tried to take control of the situation in a no nonsense Dr Eva kind of way, arguing that this would be the last time we ate them because they had stopped selling them.

The irony of it all is that when they do put them on the market again, they’ll probably not taste as nice.

“I AM NOT EATING HORSE”.

The teenage voices were getting louder, this could end in a riot and the one thing I knew that I didn’t have in stock was tear gas and a plastic shield.

I looked at the Easter cards on the window ledge with bright yellow chicks on the front.

“What about these lovely fluffy little chicks?” The teens ignored me. Their fingers glued to the tiny keypads in their hands.

“Those fluffy little chicks end up in the oven virtually every Sunday in this house. You eat chicken all the time. What about chickens eh?”

Next, I held a card with the Easter Bunny on the front under their noses.

“What about him eh? Rabbit is becoming VERY popular in kitchens right now”.

I had heard it on a morning chat show so it must be true.

“What’s the difference between a chicken and a horse?”

They both rolled their eyes at me again, glued to their technology. I looked down at the dog who looked up at me with love and devotion, fast becoming the only one who does.

Without looking up the eldest muttered something in the direction of the family pet, “She’ll eat them all”.

I slammed a saucepan down on the counter. “FEED THEM TO THE DOG? Don’t be so ridiculous”.

But there was little doubt that our tiny four legged furry angel was hungry.

She stood, motionless, with those beady eyes darting between me and the fridge door. The humans in the house would have to wait. I took out the dinner that I had made earlier and heated it up.

The dog stood at my feet, salivating. She watched as I put a ladle full into a pan, slowly heated it up and then blew on it so that it wasn’t too hot.

“What is that?” the teenager asked, sniffing the air. As it happens, dinner for the dog that night was strips of beef, braised carrots and celery with homemade gravy.

For that finishing touch, a handful of dog biscuits scattered on top like croutons.

She ate the whole lot in under two minutes, licking the bowl for five minutes afterwards just to make sure that she hadn’t missed a morsel.

“Are you serious?” the eldest watched in disbelief. “Oh now I really have seen it all. So the dog gets home-made beef stew and we, your children, get horse balls?”

I covered the dog’s ears. “Shhh, it said beef fillet on the label, but it might be horse”.

On top of it all I’m getting hot flushes. Is this the menopause? Will I need HRT? It turns out that half of that is made from horses urine.

Still, Kildare is the Thoroughbred County. At least I’ll get a good discount.