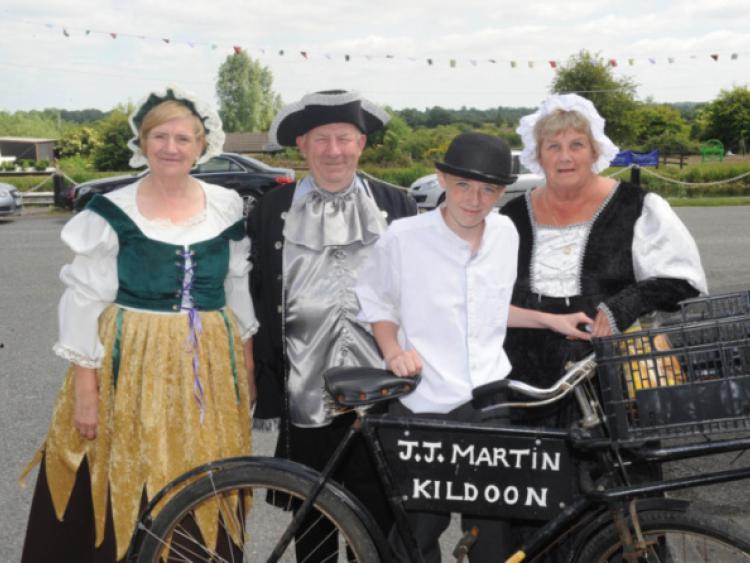 The summer solstice signifies the triumph of light over darkness and the light certainly shone for the people of Robertstown and all those who gathered for the local festival.

The summer solstice signifies the triumph of light over darkness and the light certainly shone for the people of Robertstown and all those who gathered for the local festival.

Organisers are this week celebrating the success of the event which saw over €100,000 for Robertstown Supporters of Breast Cancer Ireland.

The approach roads to the village were thronged with vintage vehicles, Honda 50s and High Nellie cyclists, all heading to the Vintage Village Fayre. The village was awash with crowds lining the streetscape as they perused the stalls, enjoyed the Pony and trap rides in the glorious sunshine.

At 1pm the parade started at the Old Grand Canal Hotel and Pink Garden where newly elected Mayor Fiona O’ Loughlin was on hand to cut the ribbon which was held by the youngest and eldest child from the local school.

The Mayor was brought by Horse and carriage through the village led by Master of ceremonies Frank Maher dressed in regal attire on his white horse.

He was accompanied by some the organising committee as they too were in Vintage dress from Napoleon, the Town criers, to fair maidens. It was followed by children from the school, some of the Honda 50’s and the High Nellie cyclists.

Organiser Karen Gorey said “we are delighted with such a huge turnout from the community and surrounding areas”.

“Our goal was to show how rich this community is and revert the ‘Poorest village’ label that the Teagasc put on Robertstown as was the second poorest village in Ireland. Today proved this village is rich and generous in many ways,” organiser Liam Murphy said.