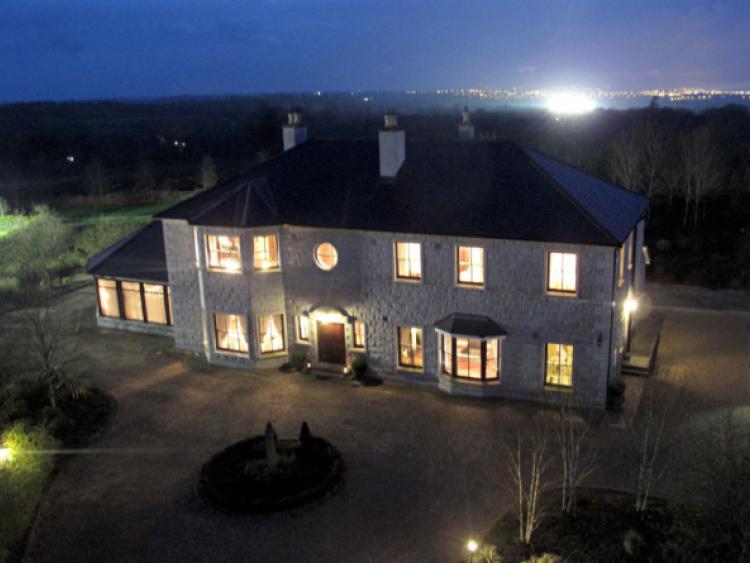 The ghosts of some of Ireland’s historic figures have been brought to life as part of the bid to sell the Naas home of soccer and celebrity couple Niall and Gillian Quinn.

The ghosts of some of Ireland’s historic figures have been brought to life as part of the bid to sell the Naas home of soccer and celebrity couple Niall and Gillian Quinn.

The pair are reportedly keen to “downsize” but to remain living in the Naas area. They’ve put their Forenaghts property on the market at an asking price considerably less than would have been commanded after the property was constructed in 2004.

Selling agents Sherry FitzGerald have left no stone unturned in their efforts to market the property and have looked way back into the past.

Fionn MacCumhail is said to hurled a stone into the area from the Hill of Allen - which would have been quite a feat.

It’s also a tale which has been doing the rounds in Rathangan for decades.

The sales brochure is dotted with historical references including a meeting of the Parliament of Ireland in Naas after the Norman invasion in the late 1100s.

It also recalls the 1798 rebellion and an attack on Naas by about 1,000 rebels and further back to ancient times when standing stones were said to have been brought to the Punchestown area by “giants from Africa”.

The house itself is known as Longstone Rath and according to the brochure “enjoys a glorious position within a verdant pastoral setting some 4 miles from the boutique town of Naas.”

The house extends to 5,500 sqauare feet or 510 square metres and the house links “seamlessly” with the gardens which are “extremely private” and secure with electric gates and mature hedging along the boundary to the front.

Unsurprisingly the brochure also highlights the proximity of Naas to Dublin describing Naas as a “major commuter town” as well as the road links.