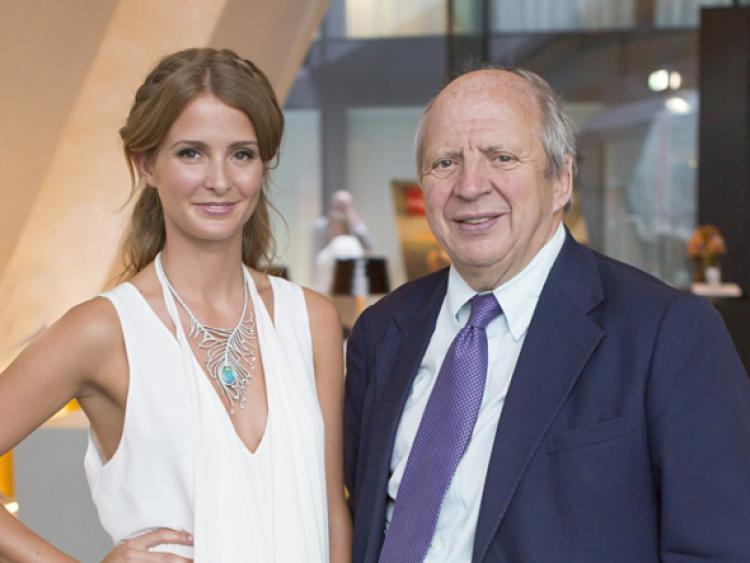 It’s a long way from the thoroughfares of Chelsea to the Curragh plains, but reality TV star Millie Mackintosh will be swapping the former for the latter as the style ambassador and best dressed judge at this year’s Dubai Duty Free Irish Derby.

It’s a long way from the thoroughfares of Chelsea to the Curragh plains, but reality TV star Millie Mackintosh will be swapping the former for the latter as the style ambassador and best dressed judge at this year’s Dubai Duty Free Irish Derby.

Made in Chelsea’s Millie was at the Marker hotel in Dublin last Wednesday night (May 7) for the launch of this June’s three-day festival of flat racing.

Wearing a plunging white Chloe frock from Brown Thomas and an opal and diamond necklace from Boodles, she told the fashion and racing crowd that she would be looking for a lady with unique and elegant style on Derby Day, Saturday, June 28.

There is a grand prize worth €20,000 up for grabs for the winner, including a five-star trip to Dubai, a €3,000 Brown Thomas shopping spree and Boodles jewellery.

Melanie Morris of Image magazine said ladies would have to “pull out their A game” to be crowned the Derby’s best dressed.

Sinead El Sibai, Dubai Duty Free vice-president of marketing, flew in for the launch and said the company was delighted to be the title sponsor of the festival for the seventh year in a row.

Dubai Duty Free, which is headed by Irishman Colm McLoughlin, is contracted into Derby sponsorship until next year, which will mark the 150th running of the prestigious Kildare race.

Jonathan Irwin of the Johnstown-based Jack and Jill Foundation was also at the launch as the charity, which provides support to families of children with neurological disorders, are the charity beneficiaries of this year’s Derby Festival Ball, which takes place in the K Club on Friday, June 27.

These highly-decorated helmets, which were on display at the Marker, will also be auctioned off in aid of the charity.

The Dubai Duty Free Irish Derby will take place at the Curragh Racecourse from Friday, 27 to Sunday, 29 June.