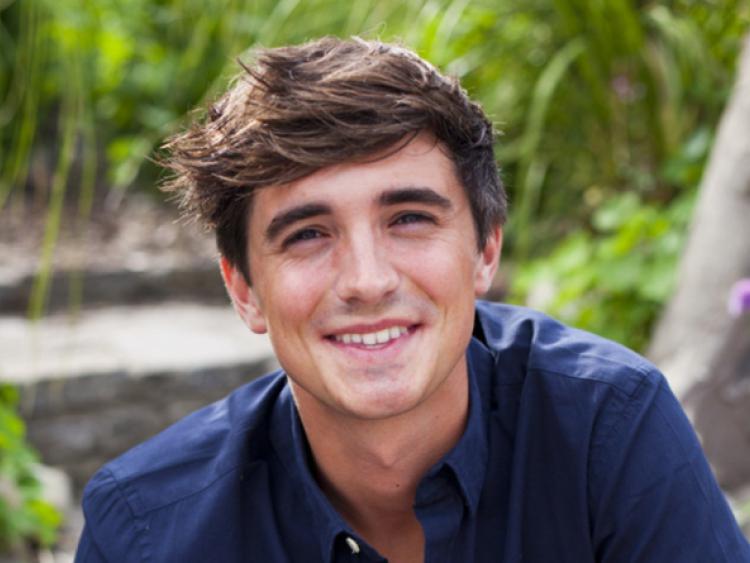 He’s the one man One Direction of Irish cookery, the ex-boy band member whose cheeky chappy style of celebrity cheffing has made a hit of his popular RTE show.

He’s the one man One Direction of Irish cookery, the ex-boy band member whose cheeky chappy style of celebrity cheffing has made a hit of his popular RTE show.

Donal Skehan brings his ‘Kitchen Hero: The HomeCooked Tour’ to the Riverbank in Newbridge this Saturday night, November 9. The 27-year-old cook and telelvision star is embarking on a nationwide tour this month to bring his brand of friendly and approachable cookery skills to every nook and cranny of the country.

“It’s the first time it’s ever been done in Ireland, it’s very nerve-wracking,” he told the Leinster Leader a few days before the show’s debut last Friday night in Mullingar.

Skehan described the show as “a cross between pantomime and cooking, someone will shout up at me if I’ve forgotten something. It’s a good fun night out.”

Skehan will prepare five recipes - a mix of dishes from his latest book ‘HomeCooked’, and some new treats. There will be audience interaction and, judging from his experience doing cookery demonstrations across the country, the show will attract a broad audience.

“There are a lot of female fans, a lot of lovely grannies, the Jedward fans, the One Directioners - it’s the fringe that does it,” he joked, commenting on his trademark upswept hairstyle.

“All in all it’s a great family night out, everyone enjoys themselves and gets something to go home with because if you see someone demonstrate a recipe in front of you you really get it.”

Much like doctors plagued with people looking for diagnoses, popular cooks and chefs must constantly get asked foodie questions. So, what do the Irish want to know about cooking?

“The most common question I get asked about cookery is what is my favourite dish. People always want to know what you cook at home. I’m always in the supermarket and someone is looking into my trolley asking ‘what will you make with that?’

“I always answer stir-fries. I love Asian flavours. My favourite recipe is in my new book - Pad Thai is my go-to dish, it’s so delicious. The other recipe I’m obsessed with is three cheese lasagne, it’s all about the comfort food.”

Skehan isn’t a formally trained chef, but his passion for food stems from growing up in a foodie family and learning kitchen skills at a young age. He was formerly a member of boybands Streetwize and Industry, and also entered the Eurovision Song Contest in 2008 - Dustin the Turkey’s ill-fated Irlande Douze Points was selected to represent the nation instead.

Skehan’s career started to transition from pop music to cookery around 2007 when he started a well-received food blog called ‘Good Mood Food’, which evolved into his first cookery book.

Baking has become a popular obsession, given a television game-show twist mixed with a tincture of comforting nostalgia through shows like The Great British Bake Off.

“It’s a huge thing. I’ve been food blogging since 2007, and every time you put a cake recipe up you get twice the hits on your website than if you put up an everyday dinner,” he said. “People eat with their eyes, so when they see cakes and baking they find them hard to resist, that’s why The Great British Bake Off is successful.”

Skehan made a breakthrough in the UK this year with his role as a judge on BBC’s Junior Masterchef alongside John Torode. He has also featured on Jamie Oliver’s Food Tube YouTube channel with his Simple Suppers series.

He is a passionate advocate for the teaching of basic cookery and food skills in schools.

“It’s a huge thing that’s not being focused on,” he said. “It’s all well and good being able to make a delicious chocolate cake, but if you don’t know how to make basic sauce and bread, basic recipes... with a subject like home economics, there needs to be more focus on food. These days people don’t have the time to pass down those skills - my mum did, but many people don’t have the time with their busy lifestyles.”

He said he would like to engage in a project similar to Oliver’s School Dinners in Ireland. “The difficulty is finding the time, but it’s something that is close to my heart.”

After his nationwide tour, Skehan is off to Finalnd to film a Christmas special for his television show, and then he will spend Christmas in Sweden with his long-term girlfriend Sofie and her family.

“My first job was in a restaurant in Sweden, serving a Christmas Smorgasbord. It was a rude awakening to Swedish Christmas food, it’s very different but very enjoyable. “

Next year brings two new books and a new TV series, plus another series of Junior Masterchef and work with Jamie Oliver.

The TV cook has just returned from Italy where was filming ‘Grandma’s Boy’ for the Fox Network Worldwide. In this new series, the Irish cook pairs up with Italian grandmothers to try their hand at some traditional recipes. “I learned early on not to mess with the classics, they are very protective and you can’t mess around!” he said.

Irish viewers have been cackling with glee at comedian Mario Rosenstock’s recent take-off of the chirpy cook on his RTE sketch show. His impersonation showed Skehan as a Jekyll-and-Hyde character who morphs into a swearing, roaring control freak once the cameras stop rolling.

“I was in Italy when it started off so I didn’t hear about it at first, but it’s very funny. It’s worryingly close to my actual personality,” he joked. “In fact, he got the fringe perfect, I’m quite shocked and amazed.”