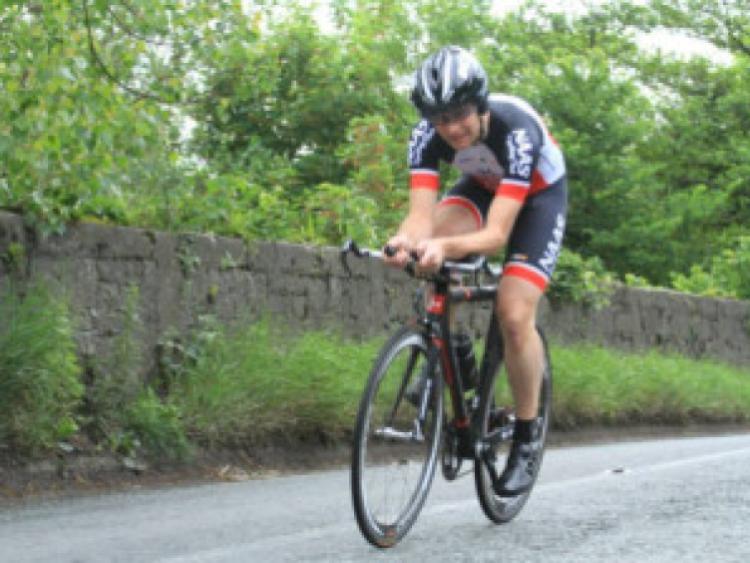 The first road time trial organised by Naas Cycling Club attracted some of the top cyclists in the country.

The first road time trial organised by Naas Cycling Club attracted some of the top cyclists in the country.

The overall winner was UCD’s Colm Cassidy who averaged a speed of 48kph in the 20km time trial. Local riders also featured including Naas CC member Cathal Murray, who equalled the club record with a time 2 seconds below 30 minutes. Local company Finlay Ford sponsored the event and also provided the pre-race sign on facility where Kenneth Conlan and Emily-Anne Doyle managed the entries and Tommy Keenan organised the start of the event. Sponsor Conor McCormack and racing captain Joe Kelly thanked the many volunteers and marshals who managed the event including Hugh Gallagher.

The club hopes that the event will become an annual fixture as cycling continues to grow in popularity as does the time trial event.

Francine Meehan from Cork was the top female rider in the event, and Naas CC’s Eoin Redmond won the A5 category.