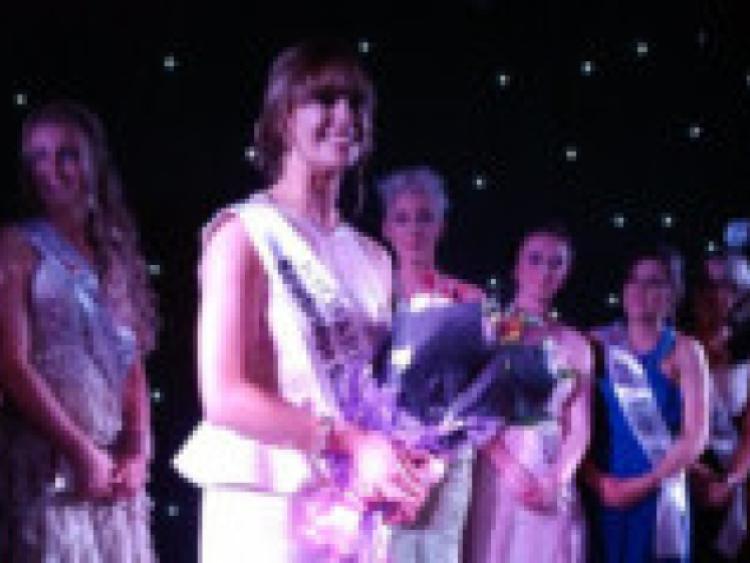 The newly-crowned Kildare Rose is following her mum’s footsteps as a pageant winner.

The newly-crowned Kildare Rose is following her mum’s footsteps as a pageant winner.

Katie O’Neill’s mum Helene was named Miss Kildare in 1973 and reached the final seven in Miss Ireland. “She had such fond memories of her time doing it that she really encouraged me to go for it with the Kildare Rose,” said Katie.

In a double win for the O’Neill family at the Kildare Rose selection gala last Saturday night at the Osprey Hotel, Naas, Helene scooped the ‘Best Dressed’ outfit on the night with a combination she bought from Aria boutique in Naas.

Karolynn McHale of Aria is a cousin of Katie’s, and also dressed the Rose winner for her big night.

The O’Neill family was out in force to cheer 26-year-old Katie in the Kildare Rose. The family have been long-established businesspeople in Maynooth since the opening of their first butcher’s shop in the town in 1912, and O’Neill’s Bar and Steakhouse is a well-known fixture on Main Street.

Her sister Joy and brother-in-law Adam, who celebrated the birth of baby Abbie just seven weeks ago, were in the crowd, as was Katie’s dad Dermot and sister Rebecca, a nursing student. She also has a brother Jamie, who was elsewhere on the night celebrating his 30th birthday, and a sister Sarah, who is in Australia.

Katie’s boyfriend Adam Ferris, who she has been seeing for five and a half years, did all the hard work making banners to cheer on the Maynooth girl, and Katie joked that he would be put to work on escorting duties around the county for the next year.

Katie told the Leinster Leader on Sunday that the win was absolutely amazing. “I’m in complete shock,” she said.

She will now go on to represent Kildare at the Rose regional finals in Portlaoise in June, where she will vie for a spot on the Tralee stage later in the summer.

Katie is qualified in childcare but wants to pursue her dream of becoming a primary school teacher, and is hoping to be accepted on a teaching course in Maynooth this year.

One of Katie’s first Kildare Rose duties will be attending the Punchestown National Hunt festival as a VIP guest, and she will also be at the Kildare Derby.

There was a large crowd present at the Osprey Hotel to cheer on the 19 girls taking part in this year’s Kildare Rose, organised by Elena and David Gibson and Charlene Foley. Money was raised on the night for KARE, a favourite charity of outgoing Kildare Rose Hannah Ryan, who handed over the sash to her successor.