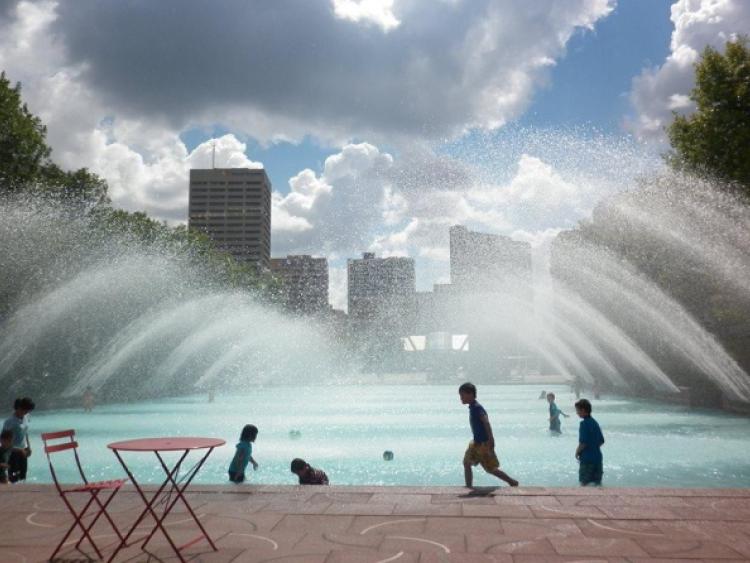 I have just returned back from a three month stay in Canada and have learnt that it is extremely different to Ireland. It was such a great experience that I was lucky to get.

I have just returned back from a three month stay in Canada and have learnt that it is extremely different to Ireland. It was such a great experience that I was lucky to get.

In August last year my Dad got offered a job in Saskatchewan, Canada in a Health Authority as the IT co-ordinator. My Dad went in April this year and we followed him three months later, in July. It didn’t work out the way we had hoped. We went through some hard decisions before my brother, sister, Mom and I returned back to Ireland in the middle of October.

We only had a month of school while in Canada. There were four levels of school in Saskatchewan. There was elementary school, middle school, junior high and high school.

I was in 10th grade which was the equivalent of 4th year and it was the first year of high school. It was free, therefore we only had to purchase some pens and paper and we were good to go. When you reach junior high and high school most teenagers are involved in sport, which is after school.

It could involve a long journey to get to where there “meet” is. This meant there was almost no homework and the homework they did get was allowed to be completed in school. There was a huge variety of winter and summer sports. Also, there was a greater amount of subjects to choose from than there is here in Ireland.

I got to do subjects I liked such as communications media, drama, accounting and wellness. There are two semesters and we only did five subjects each semester. It was a great idea because there was less pressure as we only had to study for five subjects instead of ten.

There is also a longer school year in Canada, with shorter days. It is a completely different education system to the Irish one.

We lived in a small town in the province of Saskatchewan. Saskatchewan only has a population of around 968,200, yet it is almost eight times larger than the whole of Ireland. It is an extremely vast province and country.

It was not what we thought it was going to be like. It is surprising of how few people live there for the size of the country. The Saskatchewan population consisted of Aboriginals, also known as the first nations, as well as Canadians.

It was interesting to learn about the Aboriginals’ culture as they had a cultural day in their reservation outside our town. I saw a tepee in a garden, it looked amazing but surreal.

Saskatchewan has a huge amount of lakes, forests and fields. The roads are lined by miles and miles of trees. There are many beautiful lakes to go fishing or skating when they freeze over in the winter.

The wildlife is hugely different. There are signs along all roads warning about moose and deer. I was lucky and got to see many wild bears and deer. Seeing bears in the middle of the road was strange but exciting.

The deer would prance out into the middle of the road almost causing a crash. You always must keep an eye out when you see one deer cross the road because there is always another deer following it.

The differences between certain things in Canada to Ireland are unreal. The weather is one example. Here in Ireland it’s mostly rain and we don’t have too much of a weather change between each season. In Saskatchewan, Canada they have a beautiful summer with temperatures reaching up to 30 degree Celsius but in the winter they get constant snow fall with temperatures that could drop to -40 degree Celsius. It is quite extreme which means you have to have suitable clothing for the harsh weather conditions. Because of the weather the outdoor sports season in Canada only lasts a month, September, as the cold weather starts in October but by then they start the winter sports such as ice hockey.

Another difference is the rules of the road. The pedestrians have the right of way instead of the vehicles. If you want to cross the road and a car is coming they stop to let you cross. It felt surreal and took a lot of getting used to.

There was something else I learned as well. The way the Irish speak is completely different to the Canadians’ way. Most of the slang I used meant something completely different to the Canadians. When I used words such as crisps, toilet and boot they didn’t know what I meant. They said chips instead of crisps, washroom instead of toilet and trunk instead of boot. There was plenty more words that differed - these were just some of the main ones. It got very confusing at times.

While in Canada I was lucky and got to visit the city of Edmonton, Alberta. Edmonton is a beautiful city to experience. It is the capital city of Alberta and is a new, modern city.

It consists of the largest mall in North America, an outdoor swimming pool at the town hall and some beautiful scenery nearby with the Rocky Mountains just over an hour away. The West Edmonton Mall is amazing with over 800 shops, a great selection of restaurants, an indoor aquatic centre, an underground sea life cavern, an ice rink, a funfair, a cinema and a massive pirate ship all inside the mall. You could spend days in the mall. The outdoor pool at Edmonton Town Hall is free to use. It is clean and well-kept and during Winter when it freezes over it is used as an ice-rink. Edmonton was the best part of my stay in Canada because if we had never gone over we probably would have never seen it.

Sadly, we had no choice but to return to Ireland for many reasons. Canada is a beautiful country and I enjoyed the great experience. It is a completely different way of life to what I am used to. I learned a large amount of new information from being there. It is interesting to learn about their ways and how they differentiate to ours. We are hoping to return to Canada in the future. Coming back home has made me realise how much Canada has to offer career wise and I feel I have a massively greater chance of achieving it there.