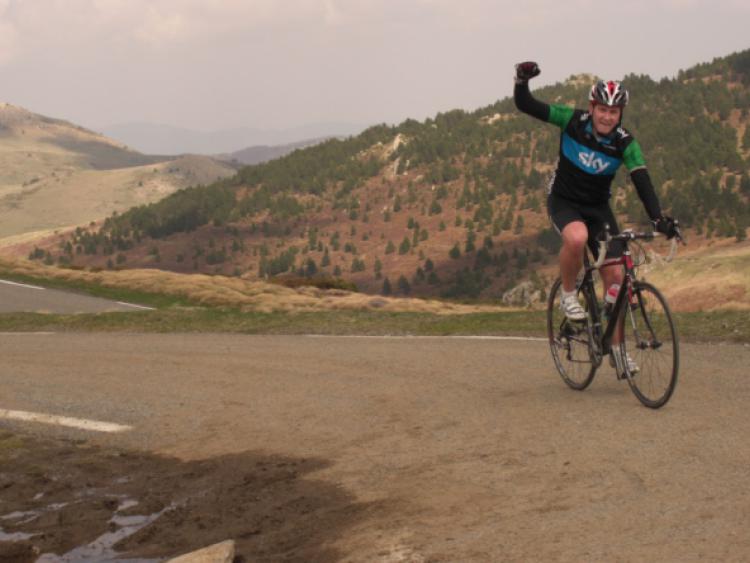 You are an accountant guy, a lecturer guy, an IT guy, a journalist guy, a lab guy, a sales guy, a manager guy.

You are an accountant guy, a lecturer guy, an IT guy, a journalist guy, a lab guy, a sales guy, a manager guy.

You do not drive a Ferrarri or live in an enormous house. You are not on hundreds of thousands a week and you do not train full time.

You are either a MAMIL - a Middle Aged Man In Lycra, or well on your way to getting there. You saved up for your bike and you are your own mechanic.

And yet on the last Sunday in August 2014, you will line up for the toughest long distance bike race in Europe.

Eight men, all associated with Maynooth Students for Charity, the cycling club attached to NUI Maynooth, are planning to take part in the Race Around Ireland. It is widely recognised as Europe’s most challenging endurance event.

It is 2,190 Kms, and from the moment it starts on Sunday, August 31, the team will have 96 hours, or four straight days to complete it.

The race can be completed solo, or in a relay with two, four or eight-member teams. Last year, a team of four from Naas Tri-club won their category.

Many of them were sporty as youngsters but only discovered cycling well into adulthood. Since then it has been a joyful revelation - particularly the physical and mental benefits, and the camaraderie of the club.

Their progression through the world of cycling has been a series of challenges approached and conquered. The Race around Ireland will undoubtedly be the toughest.

In order to complete the event before the cut-off time they must maintain an average speed of 22kph.

The team are aiming for around the 30kph mark, which will be tough, but doable.

Every month from now until then they will measure their progress by testing themselves on the same circuit - starting in Maynooth, heading out to Kilcock, Clane, Barbertstown cross and back to Maynooth. It’s 32.44kms which, in January, took them all just over an hour to complete.

There will be a cost involved, and the hope is to offer an attractive package to potential sponsors - in cash or in kind. But for the next eight months it’s all about training hard for those four days.

There are averages to be increased, weight to be lost and miles and miles to go before they rest.

And they can’t wait!