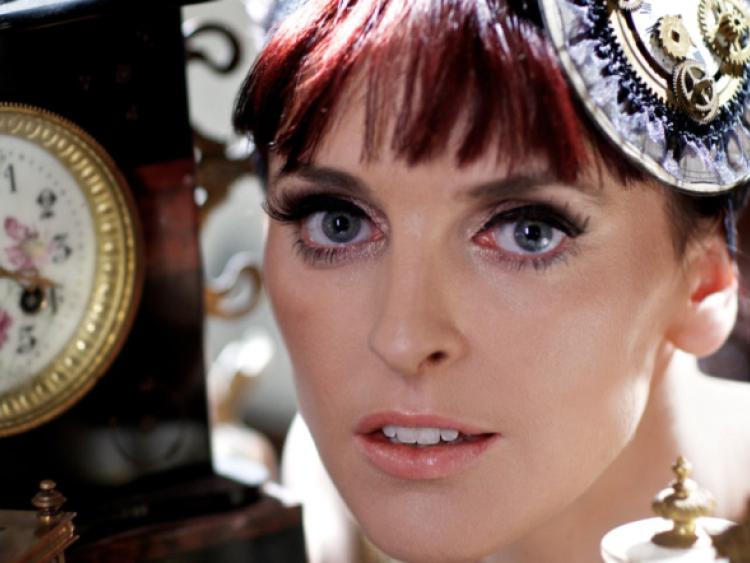 Julie Feeney will perform, for one night only, in Kildare town next Sunday 15 September.

Julie Feeney will perform, for one night only, in Kildare town next Sunday 15 September.

Following her recently sold out performance at the National Concert Hall Dublin, the singer will revel in the stunning setting of St. Brigid’s Cathedral. This is the last Julie Feeney show in Ireland for some time.

She released her third self-produced album Clocks in November, 2012, the album went straight into the Independent Irish Album Charts at No. 1 and was voted ‘Best Album’ 2012 in The Irish Times ‘Album of the Year’ category for The Ticket Awards as voted by The Irish Times readers.

Hailed by the New York Times as “charming, urbane and dreamy…theatrical on the shell, intricate at the core”, Julie’s sound is unquestionably original, rooted in classical whilst comfortably straddling pop and theatre. ‘Clocks’ was written in Ballinahinch Castle and Lough Inagh Cottages in Galway and recorded at Kylemore Abbey Gothic Church, a return to home ground for Julie.

Taking an avant-garde approach to her live performances, Julie toured Ireland around Clock’s release in November by scoring music for ten different choirs to part accompany her at each concert over 10 different consecutive nights in 10 different towns in Ireland.

For her recent sell-out 10 show run in New York City, the New York Times said of Julie, “…intricate, articulate…draws on sources across centuries…Ms. Feeney’s songs don’t shout. They tease, ponder, reminisce, philosophize and invent parables, and she sings them in a plush, changeable mezzo-soprano that usually holds a kindly twinkle”.

The New York Times concluded, “a brainy adventurous songwriter lives within the flamboyant theatricality… with songs that set character studies and philosophical musings in elaborate musical confections, often with long, internally rhymed lines… Theatrical on the shell, intricate at the core”.

Julie performed at the Oscar party that was hosted by J.J. Abrams’ Santa Monica production company Bad Robot in LA at the end of February where she got to hang out with Steven Spielberg and Colin Farrell. Straight after this Hollywood affair Julie had to return to Dublin as she was to perform at the 2013 Choice Music Prize and then only to jet back over to the States to New York City, where she began preparing to preview ’Clocks’ live in the US. ‘Clocks’ is now out in the US, UK and Germany.

Her first composed opera ‘BIRD’ goes into full production in 2014 after a sell-out concert performance at Galway Arts Festival in 2013. The first developmental stage was shown in 2012 at Dublin Theatre Festival. It is a co-commission by Dublin Theatre Festival, Galway Arts Festival, Cork Midsummer Festival and Kilkenny Arts Festival. Composer, singer, orchestrator, songwriter and producer, Julie is a true artist with immense vision. This is a show not to be missed!