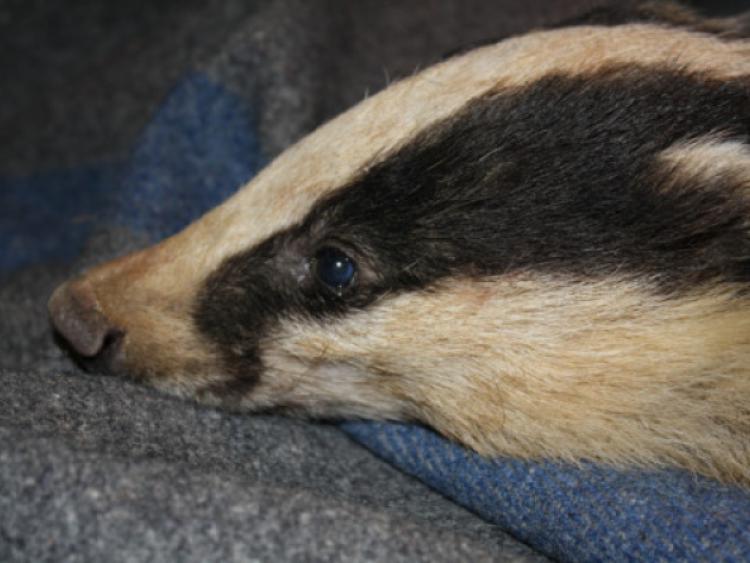 Last week we had a busy week with foxes arriving and this week, from start to finish was busy with badgers.

Last week we had a busy week with foxes arriving and this week, from start to finish was busy with badgers.

It all started on Monday morning with the arrival of a male badger from County Kerry.

He had been rescued the week previous by a rescue group there. One of their volunteers was driving home in the dark and saw the badger lying on the side of the road.

At first glance she thought he was dead but just to be sure she stopped the car to have a look. Luckily for the badger she did, he was breathing but was cold and very weak.

He was rushed to their vets. The vet discovered a nasty wound to his rump which was caused by another badger.

Fighting at the start of breeding season is common and can sometimes be fatal.

The unlucky badger was then clipped by a car while he ran from his attacker.

The vet treated the animal and when he was fit to travel was transported to us to continue his rehab.

Our next badger call came early on Friday. A lady had been out walking her dog a few days previous and saw a badger curled up in ditch.

She had thought the badger was dead and continued her walk.

Then later on Friday as she passed again she noticed that it had moved from the spot it had been originally and that it was breathing.

We sent Danielle out to rescue the badger. When she got there she soon noticed that the poor badger was caught in a snare.

The snare was caught behind his front legs and embedded into its body.

Danielle was able to get the end of the snare from the post it had been tied to.

The badger was rushed to our vets who used a heavy bolt cutter to cut the snare and were able to free him.

It had caused a huge deep wound that had become very infected. The vets did a great job at operating on him and removed the infected tissue and stitched him up.

Unfortunately he died a couple of hours later. The stress and suffering he went through was just too much.

Whatever people think of badgers, dying for days in a snare is nothing but cruel and heartless.

Finally to finish off our badger filled week, a tiny injured badger cub has just come in (Sunday), but I will tell you all about her in a different article!