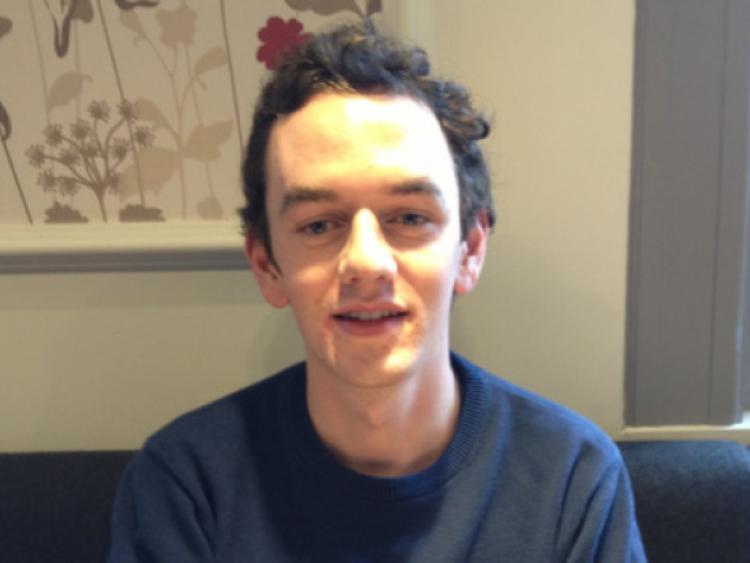 There are, it is estimated, approximately 20,000 people working for the European Union, servicing the various bodies.

There are, it is estimated, approximately 20,000 people working for the European Union, servicing the various bodies.

As well as the two largest constituent parts, the Parliament and the Commission, there’s also the Council of Ministers and the Committee of the Regions – all of which require administrative support and translators.

A young Naas man, Daniel Hanrahan, is getting an interesting opportunity at the moment, working in the one of eight Pay Master’s Offices - which pay the expences and allowances to all those who work for the EU.

He is currently on a five month internship there, a position known as being a stagiare.

From Punchestown, Daniel went to school in Newbridge College, followed by a law degree in UCG and a masters degree in Edinburgh.

Since early March, he has been working and living in Brussels and on a recent visit there, the Leinster Leader met up with him in a coffee shop near the Parliament building.

At the time we met he was working on the legal basis of a household allowance that’s paid to married people who work for the Commission. Because some of the member states recognise same-sex marriage and others don’t, his work involved seeing if same sex couples qualified for the payment.

“I’ve been here a month now and I like it so far. I mean some of the days are very quiet, but then other days, it’s good, because I’ll have meetings and my advisor brings me to them.”

He had no difficulty recommending it to other people in the same situation. “It’s a great experience. It’s good on your CV as well, and then just for meeting people it’s very good as well.

“There’s always events organised for the weekend. There’s normally a day trip away to Bruge or Leuvain. It’s so close to everything.”

And he was impressed by how cheap it was to get around on the trains.

He lives in an area known as Echibek, which is only two stops on the Metro stops away from where he works.

“I can leave my house at five to nine and I’m in the office at ten past,” he explained.

This is quite common with his work colleageues, he explained. “Yeah, most people live quite close. Everyone is pretty central.”

A common surprise of many arriving in Brussels is discovering that business and administrative sections of the city sit check by jowl with fairly normal residential areas, unlike Irish cities where the residential and business areas can be more separate.

He lives in a house with two Italian brothers, an American girl and a Spanish girl. Breakfast time can be a bit like a UN meeting.

“When I arrived, a lot of people were leaving Brussels in February because their internships had finished, so it was a good time to find accommodation.”

Although the long term plan is to eventually become a solicitor, Daniel says he’d like to stay in Brussels for a year, which will require him securing another internship once the current one ends in July. .

“It’s a possibility, but it’s very competitive. But people do get stuff afterwards. It kinda looks better when you stay for a year - rather than just the five months and then leaving.”

Living in Brussels can be expensive if you tried to keep up with the diplomats and politicians who are all on expence accounts. Although there is a payment attached to the internship, Daniel revealed that you won’t experience the high life on it.

“You get a monthly allowance. It covers your rent and your living expences. You won’t go mad on it, but you won’t starve. It’s not a money making thing at all.

“There’s Commission canteens all over the place, so I can go into any of them and have my lunch for four euro. It’s not amazing food but it does the trick.”

Another advantage of working Brussels is the opportunity to work on your languages, “In most of the commission buildings they do speak English, but my office is all French. There’s native French speakers, mainly Belgians but there are also a few Italians and a few French. The others just prefer to speak French because they’re just used to it.” He says his colleagues are encouraging when it comes to improving on his schoolboy French.

“Most people in the office are Belgians, a few Italians, a few French, and that’s really it. There’s one Irish girl.”

There are plenty of Irish here, and not surprisingly, they feature prominently in the traditional Thursday evening drinking session in a group of pubs across the road from the Parliament buildings.