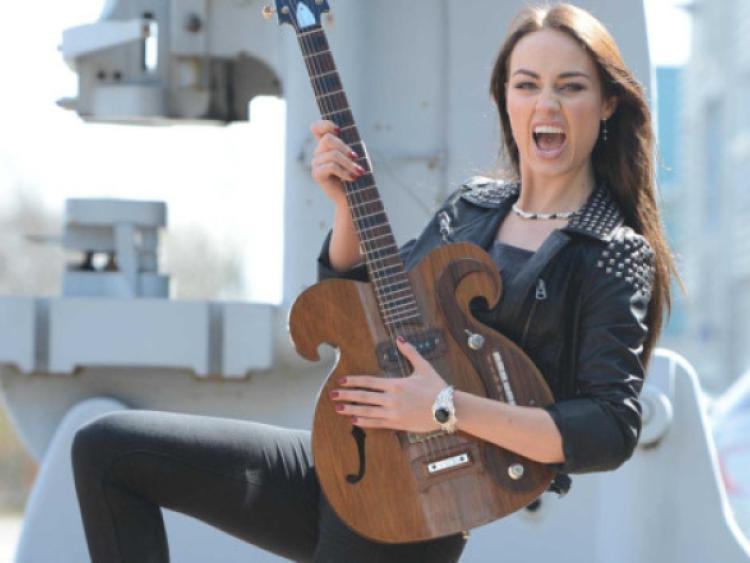 A rare VOX Beatles guitar played by both John Lennon and George Harrison will be on display at the Museum of Style Icons at Newbridge Silverware until May 8..

A rare VOX Beatles guitar played by both John Lennon and George Harrison will be on display at the Museum of Style Icons at Newbridge Silverware until May 8..

The Vox guitar played by both legendary artists will then leave the museum and journey back to New York. where it will be auctioned at the Hard Rock Cafe on May 18 at the Julien’s Auctions Music Icons event.

Harrison played the guitar while practicing “I am the Walrus” during The Magical Mystery Tour and Lennon while recording a video session for “Hello, Goodbye.”

“There will be great interest in the guitar from fans, colletors and investors,” said Martin Nolan of Julien’s Auctions.

“Vox made a prototype and gifted it to John Lennon in 1967. He played it in a recording session for ‘Hello Goodbye’ but it did not make the final cut and George played it while practising ‘I am the Walrus’ and the picture appeared in the Beat Industry Magazine. Not too many Vox guitars were made in the world, the Beatles broke up and the rest as they say is history.”

The striking custom guitar, built by Mike Bennett and Dickey Denney, was gifted to “Magic Alex” Mardas by John Lennon in 1967. A plaque affixed to the back of the guitar reads “To Magic Alex/Alexi thank you/for been (sic) a friend/2-5-1967 John.”

Newbridge Silverware CEO, William Doyle, who is a self confessed Beatles fan, is delighted to have the guitar on display at the Museum of Style Icons.

“I am more John Lennon than Paul Mc Cartney,” he said. “I remember the day John Lennon was shot. I went into mourning. I’d been playing his latest album ‘Double Fantasy’ it was only two weeks old at the time and now we have a signed copy on display here.”