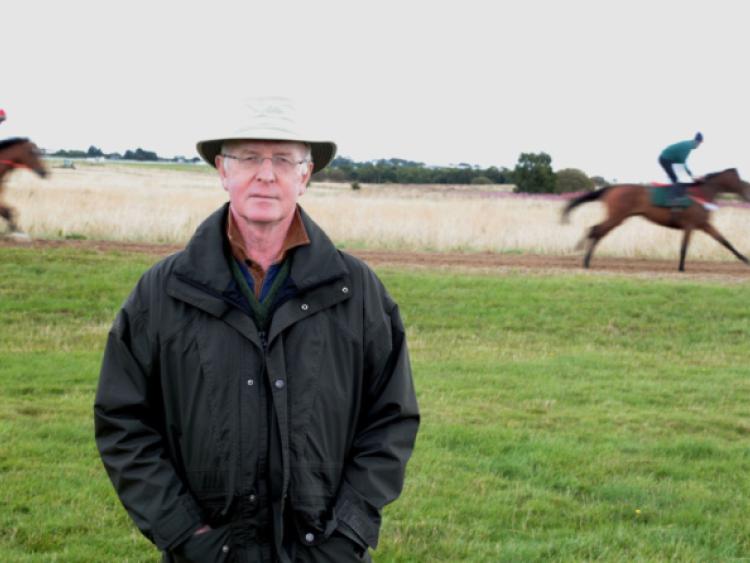 The Curragh Racecourse is getting set for the inaugural Irish Champions Weekend, which takes place this Saturday and Sunday.

The Curragh Racecourse is getting set for the inaugural Irish Champions Weekend, which takes place this Saturday and Sunday.

The focus will be on Leopardstown on Saturday, where the all conquering Australia will be one of the big attractions on the track.

On Sunday, September 14, the excitement will move to the Curragh Racecourse, with plenty of action on the turf, family fun and a fantastic Ladies Day prize up for grabs (see page 19).

As many as 20,000 visitors are expected to attend over the course of the weekend, with many thousands due to visit from the UK and overseas. Tickets can be purchased from the Irish Champions Weekend website with weekend tickets priced at €30. (www.irishchampions.ie).

Star studded line up for Curragh

Champion hurdlers Jezki, Hardy Eustace, Hurricane Fly and Binocular will be among the stars on show in the Parade of Champions taking place after the first race of the day at 2.20pm on Sunday.

Others confirmed include the legendary Moscow Flyer, Aintree Grand National winner Numbersixvalverde, Tattersalls Gold Cup winner Casual Conquest and Paddydeplasterer, who recently won the prestigious Racehorse to Riding Class at the Dublin Horse Show and will be ridden side saddle by Joanne Quirke in the parade

The Curragh will celebrate the 100th running of the Irish St Leger by making presentations during the race day to the Irish St Leger legends, representing from some of the great winners of one of Ireland’s most prestigious and famous races.

Special presentations will be made to Tony Smurfit, Dermot Weld and Michael Kinane to commemorate Vintage Crop, acclaimed as the greatest ever winner of the race.

Presentations will also be made to Robert Barnett, whose father bred and owned the 1929 winner Trigo; Anthony Rogers, whose great grandfather JT Rogers trained Museum to win in 1935; members of the McGrath family who are associated with 1942 winner Windsor Slipper who was owned by Joe McGrath; trainer John Oxx whose father trained Lynchris to win the race in 1960; World famous movie director Jim Sheridan who owned Vinnie Roe, who won the race an unprecedented four times from 2001 to 2004 and David and Diane Nagle who bred and raced 2007 winner Yeats.

A presentation will also be made to Jacqueline O’Brien, whose late husband Vincent who the race nine times and also to TP Burns, whose father rode the winner six times including the great Beau Sabreur and also rode one of these winners himself when Vimadee landed the race in 1961.

The world famous Celtic Tenors will perform during the race day. This has been made possible through the sponsorship of Palmerstown House Estate.

In addition to performing songs from their extensive repertoire, while they will also sing the Irish national anthem before the start of the Palmerstown House Estate Irish St Leger.

The Celtic Tenors have established themselves as the most successful classical crossover artists ever to emerge from Ireland. With a total album sales worldwide, including compilations, of over one million, and a full international touring schedule, they have topped the charts in the USA, Canada, Germany, the UK and Ireland. Matt, James and Daryl have performed for over 12 years and they bring their audiences on a real musical voyage.

All students presenting a valid student photo ID at the turnstiles on the day will be admitted for free. The Curragh Racecourse is grateful to QIPCO, Coolmore Stud, EBF and the Young Irish Thoroughbred Breeders Association for their generous sponsorship of this initiative.