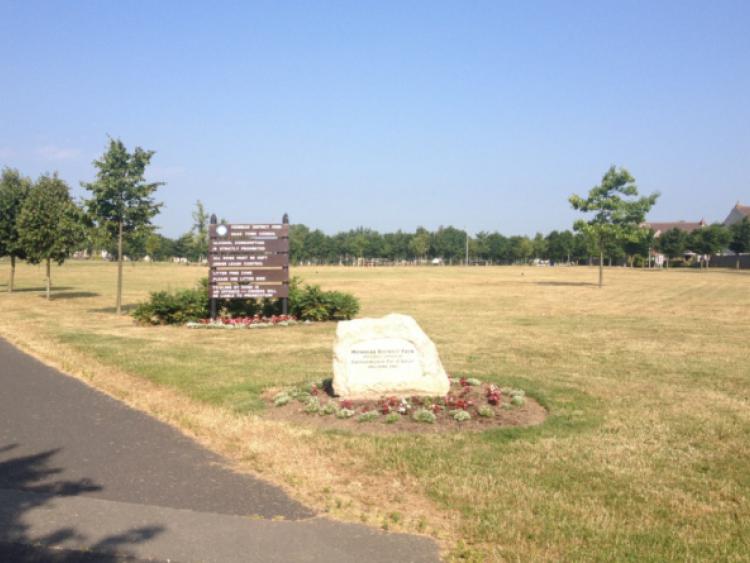 There is little enthusiasm among town council officials for the creation of a dog park in Monread Park, Naas. But that hasn’t deterred Mayor Emer McDaid.

There is little enthusiasm among town council officials for the creation of a dog park in Monread Park, Naas. But that hasn’t deterred Mayor Emer McDaid.

Designated dog parks exist around the world and there are four in Dublin, where they are proving successful.

Dog parks are off leash areas opened in many parks across Europe - providing facilities for dogs and reducing disagreements with other park users.“It would be a cordoned off area surrounded by a fence which is 4 or 6 feet high and would allow dogs to play in a controlled environment. Dogs are off the lead and they are controlled,” Mayor McDaid told a Naas Town Council meeting.

She urged that NTC contact local authorities in Dublin to investigate what is involved and use this information in the future. There is a dog park in Marlay Park, Rathfarnham, which was initially opened on a pilot basis in a cordoned off field. A second followed at Shanganagh Park in Shankill. The work at Marlay Park cost €5,000.

Cllr. Seamie Moore that there is an increased awareness of the importance of looking after dogs properly. Nevertheless he added that some people bring dogs to the lakes area in Naas and “allow them to defecate in areas where children are playing, creating a huge health risk.” Cllr. McDaid said many dog parks do not allow young children in. She said the dogs are being continually walked and added that all a dog park does is created a more controlled environment for dog owners. Town Clerk Ken Kavanagh pointed out that there has been no prior discussion nor agreement about a dog park.

“Nor has there been any provision made in the 2014 budget. Given the number of existing high priority projects to be addressed in the council’s lifespan, it’s unlikely this project will progress in the time available.”