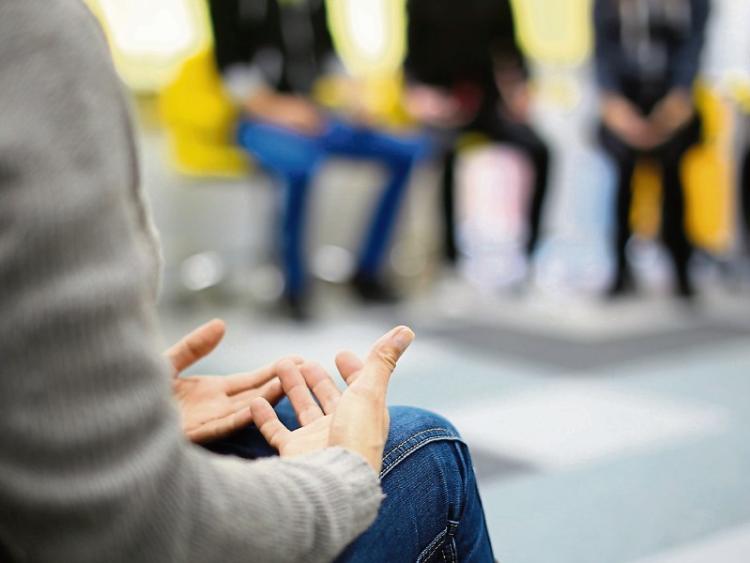 A new programme, which aims to assist men who have been abusive in their domestic relationships, has started in Kildare.

The programme, known as MEND (Men Ending Domestic Abuse) has been running in South East of the country for some time and recently started up in Kildare.

It is funded by Cosc, the National Office for the Prevention of Domestic, Sexual and Gender-based Violence and is managed by the Men’s Development Network, a national organisation dealing with men’s issues.

It is being run partnership with Teach Tearmainn Women’s Refuge who will deliver the partner support service for partners or ex-partners of the men on the programme.

The programme is dedicated to supporting behavioural change for men who, are or have been, violent or abusive to their partners or wives.

Men referred to the programme will be assessed for suitability and level of risk, and if suitable, will attend up to seven one-to-one pre-group sessions and 23 group sessions.

Read also: Wildlife most likely cause of human remains scattered at Kildare cemetery

Their partners or ex-partners will be offered one-to-one support which will be provided by Teach Tearmainn Women’s Refuge.

Statistics tell us that up to one in five women in Ireland have been victims of domestic violence, with a smaller, but not insignificant, number of men being victims also.

“The aim of MEND is to end the cycle of violence that these people may have experienced as children, which their children now experience and which, if not dealt with, will continue on into the next generation,” says John Doyle of MEND.

However, he made it clear that it was not about absolving people of their responsibility for their actions.

“The kind of work we do is primarily group work,” Mr Doyle explained.

“A lot people are coming to us with a lot of baggage, such as addiction or abuse issues in their past. We teach them to watch their for early warning triggers. A lot of them say, “I swore I’d never be like my father...”, but you know, it’s often simply a case of ‘monkey see, monkey do’.

That’s where Mr Doyle believes the programme can intervene, and break the cycle of violence.

“Often boys are traumatised by early childhood experiences of abuse and it impacts on later relationships,” he explained.

“Men often feel ashamed of this behavior and may wish to deny this behavior to themselves and others,” he explained, adding “unfortunately this perpetuates the problem. The first step requires courage, honesty and a desire for something to change.”

MEND has identified a number of factors which give rise to violence and abuse by men in their relationships.

“Some say that it is because we still live in a Patriarchal society where substantial inequalities remain between men and women, where men feel they have the right to control their partners and to use whatever means they can, including violence, to maintain that control.

“Others claim that we still raise young boys to feel they must always be in control, powerful, independent. Boys are told: “big boys don’t cry” and are taunted on the playground with the modern equivalent of: “don’t be a sissy”.

“So young boys may grow into men who hide their vulnerabilities and who cannot manage their emotions and even project their insecurities onto their partners.

“Additionally the media image of the male macho hero type is still dominant. Young boys get the message: don’t let your vulnerability show. These boys may grow into men whose only accessible or permitted emotion is anger or rage while other emotions are tightly suppressed.

“Of course, this will have a significant impact on a man’s mental and physical health thereby potentially contributing to incidents of domestic violence and abuse.”

Early childhood experiences can also point the way - such as trauma, difficulties in attaching with a parent or primary caregiver; early loss or separation; or in witnessing violence in the home.

“These early experiences are particularly important because humans learn about relationships as children: are they nourishing or threatening? Is the world safe or unsafe? Are they loved and/or lovable?”

“At as early an age as three or four these key beliefs are set down and “hard-wired” into the brain, influencing our expectations and our behaviors, especially our behavior within a relationship,” he said.

“The template for an adult intimate relationship is set down in our earliest years through our primary attachment relationship with our parents, and it happens in largely non-verbal ways.

“This means our understanding of the world, ourselves and our relationships is communicated by our parents, in the way they respond to our unspoken needs and in how they relate to one another.”

And while this goes well enough for most of us, some of us have very difficult early childhood experiences; experiences we may not be able to remember.

And these then can be triggered in our adult intimate relationships.

“If we do not learn how to manage or regulate the emotions or sensations that arise when an old hurt has been touched we may respond very inappropriately and even violently towards our partner. Thus we hurt the ones who love us,” he explained.

“If men don’t change this behavior and don’t learn to manage and regulate difficult emotions or sensations then society will intervene, through Statutory Services such as An Garda Síochána and Child Protection Social Workers, to manage this behaviour for the sake of children, partners and society at large.

“By then much damage may have been done and unnecessary harm caused,” said John. “We are inviting men to make contact with the service by calling in confidence 051 878866.

“We will meet with you to talk about the Programme and to decide together if it would be suited to you.”