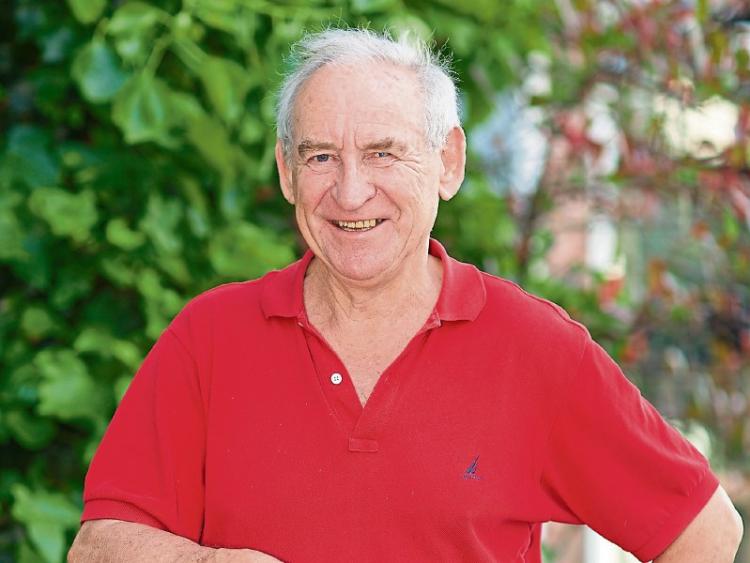 As you read this, a boat is sailing somewhere in the Atlantic Ocean, half a world away. Naas resident Peter Archbold is thinking about the journey.

He’s wondering what the sea conditions are like, how the crew are feeling and if the winds are with them.

Archbold, who turns 74 in August, was part of a four man crew that sailed the boat to Saint Lucia, an island in the Caribbean Sea in November-December last year. They went across the Atlantic Ocean from La Linea, a town near the southernmost tip of Spain, five minutes from Gibraltar - a distance of 3,700 miles. It was captained by Norwegian Sturla Einarson and completed by an Australian and a Welshman. They hardly knew each other. The Naas man couldn’t make the return trip because it hadn’t been planned by the time he’d arranged a break for himself in England.

Archbold had previous sailing experience aboard a yacht which participated in the 2005 East Mediterranean Yacht Rally, which went from Istanbul, to Cyprus, Syria, Port Said in Egypt and back to Tel Aviv.

READ MORE: A dozen reasons why you're lucky to live in Naas

“That was a different voyage because land was almost always in sight, the trip to Saint Lucia was across the ocean,” said Peter.

“At some points you’re 1,400 miles from any piece of land; you’ve got to be organised and get on with the lads you’re with.”

So first they travelled towards the Canary Islands seeking the trade winds which blow from Africa towards South America.

The travelled in the “Lea”, a two year old, forty foot, twin hull Catamaran vessel. It can accommodate six people in three double cabins and has two engines.

“We went to Gran Canaria first of all to provision up with supplies and then we travelled diagonally towards St. Lucia. I hadn’t met most of the crew before the trip and it can be tricky when you don’t know them. We were quite a mixture, but it worked out well,” said Peter.

He added: “The boat was well prepared and I looked after the logistics making sure we had adequate food, water and fuel. You have to estimate what you need for the journey and get it right, because once you’re out there you can’t do anything about it.”

The crew encountered the bad weather conditions going from the Mediterranean to the Atlantic. “We met a head on wind and the Catamaran doesn’t cut through the water like a knife, it smacks over the waves.”

At first the group couldn’t locate the trade winds so the journey took them 22 days in all as they sailed south off Africa. The winds are vital to the success of the voyage because, although the boat has engines these can’t be used indefinitely or the fuel will run out.

Archbold is a retired Lieutenant Colonel whose career with the Defence Forces saw him serve in the Middle East - Israel, Syria, Lebanon and Egypt as well as Western Sahara, a country which is embroiled in a long running dispute with Morocco.

A native of Ballitore, he played football with the local club St. Laurence’s, then a junior side. He still helps out with the Cul camps there every Summer. He also played for Kildare senior football team between 1963 and 1970, captaining the side to the 1970 Leinster final when they lost to Offaly. He also played for Tipperary for four years, while stationed in Clonmel.

READ MORE: A Nepalese adventure for child-sponsoring couple from Kildare

Even though November-December is the best time of the year because it’s outside the hurricane season, the weather can still be bad.

“There is heavy rain and high winds; it comes and goes but it could last for three days and choppy seas make for very rough sailing.”

Teamwork is king. “When you’re on the ocean you have to work together and you can get very irritable if you’re hungry or you begin to believe that you’re doing more work than another crew member. It’s difficult because you know that when you’re in middle of the Atlantic you can’t just get off. It can cause a lot of problems if the team don’t get on.”

If a crisis develops the crew are reliant on VHF Radio which allows communication with another boat up to a distance of ten miles. Boats are obliged to come to the aid of any other vessel in the vicinity which is trouble. Even so it’s not easy to get people from a small yacht to a large cargo vessel. But if there isn’t a boat nearby , the stricken crew are in mortal danger - there is no internet or mobile phones. And in the mid-Atlantic, between the African coast and South America, there is little in the way of merchant ship traffic. 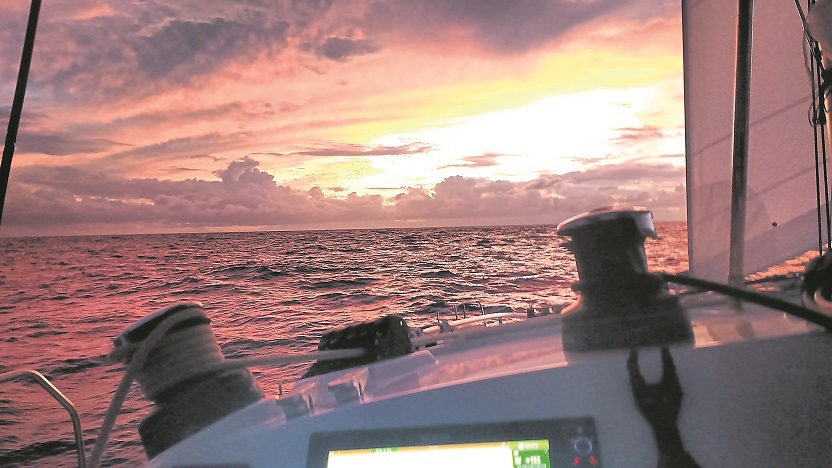 On board the boat

Once they berthed in Saint Lucia, two of the crew departed while Peter and Sturla sailed to Martinique and got a flight to Dublin, via Paris.

“For a few days after I got off I walked like a drunken man because it took my body time to readjust to walking on a surface that didn’t move.”

What he liked most about the 22 days at sea was the solitude offered by the fact that all you see is the sea, the sky and stars. Communication is with yourself, in silence. “In a spiritual way it was a great freedom.” And so he’d do it again.

It’s said you can’t call yourself a sailor until you’ve crossed an ocean.

“I wouldn’t call myself a sailor, I’m from Ballitore after all,” he said.