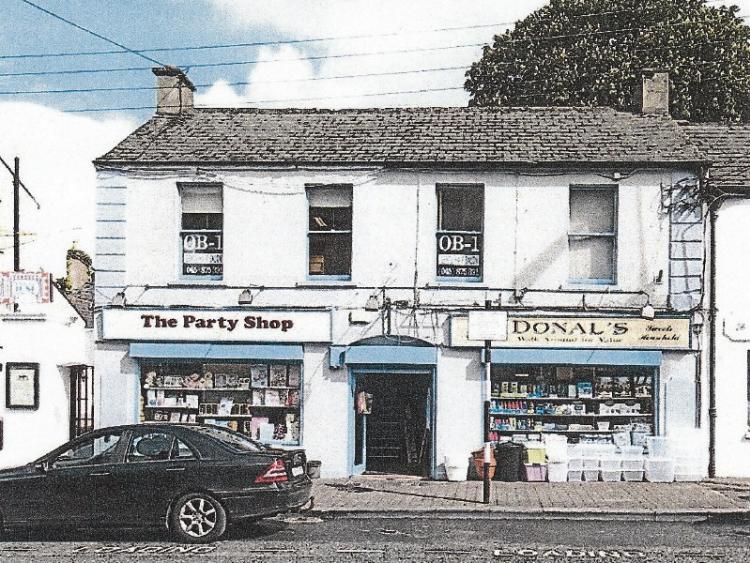 This is more than the closure of a shop or the loss of yet another business, because it had been there since 1986.

The closure of Donal’s discount store, as revealed by the Leader last week, is an addition to the list of 40 odd businesses that have closed in Naas.

Notwithstanding the fact that other businesses have opened, and some more are about to (a coffee shop and takeaway food enterprise on Fairgreen Street and a hair salon at North Main Street), the recession isn’t over — despite the bleatings from Fine Gael politicians.

The second is that if a discount store, what some refer to as a pound shop, cannot survive, then retail may be in terminal decline.

Discount stores sell goods in high volumes on low margins and ought to be hardiest of the retail breed — but there are also two other similar outlets in Naas.

The opening of the Naas Shopping Centre needs to happen. Kildare County Council say it will go on the market some time between July and September.

But the big players in this — the developers and the National Asset Management Agency are saying nothing. There are some who feel that Nama has not been fully forthcoming with KCC,
despite KCC’s talk of “activity behind the scenes”.

The politicians have come in for a lot of criticism here and by politicians we mean the councillors as well as the TDs.

It’s apparent that they don’t know much of what’s going on either.

Kildare County Council has more reason to pursue the opening than most other local authorities in similar circumstances.

This is because KCC is owed in the region of €3m from this development and it gave up a car park, creating some of the car parking problems in town which retailers believe cause people to shop elsewhere.

And while the councillors — there are nine on the Naas Municipal District — can do little to bring about the opening of the centre, they could at least ask more questions.

An exception to this is Seamie Moore, who has pursued the shopping centre issue for a long time now, while acknowledging that Nama are the powerbrokers and not KCC — and so has Darren Scully.

The people of Naas have not been served well by Nama, and the TDs, especially Bernard Durkan, should ask the questions on behalf of the constituents.

Earlier this year, a packed and vocal public meeting was held in Naas after it emerged that the loss of parking spaces at Kilcullen road would threaten two more businesses.

It was a significant event because not many attract the numbers it brought. It was organised by Naas Against Authority Sabotage, which has since evolved into the Naas Regeneration Group. Again there’s not much a single action group can do and while it’s working with the council in a kind of forum, it’s clear that the
momentum created by that unique meeting has not been maintained.

And so it’s back to the council. There’s no changing the decision that created the shopping centre in Monread. It’s been pointed out by the councillors that this was done by An Bord Pleanala and while this is the case, the zoning that allowed the centre to become a possibility was a decision made by the councillors.

Next month’s NMD meeting could be the next flashpoint. The delayed plan for the Kilcullen Road cycle lanes will come before the councillors who will have to say whether they accept the loss of more car parking spaces.

The closure of Donal’s has to have some influence on how they vote.