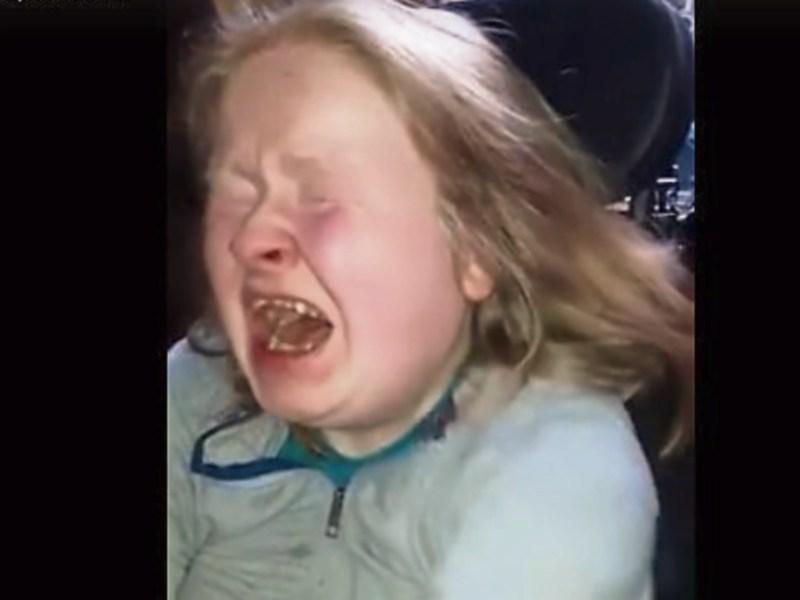 A still from the video showing young Naas woman Colleen O'Kelly in pain due to scoliosis, shared on social media by her mother Tina

There are some things in life a parent should never have to endure.

Filming their daughter whimpering and keening in pain is one of them.

This was the heartbreaking video that Naas mum Tina O’Kelly shared via social media last weekend.

The pain is caused by her scoliosis. Her spine is at a 97% angle.

Colleen is a well-known figure around Naas as her mum is a leading light in the local musical society, and she celebrated her 21st birthday with a big celebration in the Town House Hotel last year.

Those who know her well will undoubtedly be hurt and shocked, even more than the casual observer, by the sight of this young woman in abject misery.

Colleen, who has Joubert Syndrome and whose family have battled all her life to give her a decent quality of life, has the mental development level of a three-year-old. Imagine causing such distress and suffering to someone who cannot rationalise it or understand it?

Yet that is what the HSE and the Irish State is doing. Because — fortunately — a surgical fix is possible for scoliosis. A solution that will ease Colleen’s suffering, and the suffering of thousands of other young girls and boys across the country.

Tina O’Kelly stated that she “really agonised” about putting up the clip of her daughter in pain. As one would. Why should it be
necessary to expose the suffering of a loved one to the gaze of the general public?

Yet as Tina explained: “This is the reality of living with this condition. It’s getting worse and compromising her health that we have fought so hard for all her life.”

There is a growing trend that families have to ‘go public’ with their heartrending stories to gain attention, in the hope that public indignation will either rouse the powers that be into helping them, or will raise the cash so that they can fund private treatment. The story of Shan Tynan, the young Carlow girl suffering from a rare cancer who is fundraising for a shot at lifesaving treatment in the US, (and whose mum Leona hails from Newbridge), is a case in point.

Is this the way we must do things now? It’s a thundering disgrace.

Colleen’s pain can be addressed, with a little will and proper direction of health service resources.

As can the pain of the other Kildare youngsters on the scoliosis surgery waiting list, with some proper
Department of Health management.

But what have been the big headlines over the past week? Enda Kenny’s resignation date. Political infighting and points scoring.

The 1916 Proclamation, whose centenary every politician in this country celebrated last year, promises to cherish “all the children of the nation equally”.

Shouldn’t they be concerned about cherishing her?