NEW ALBUM ON THE CARDS 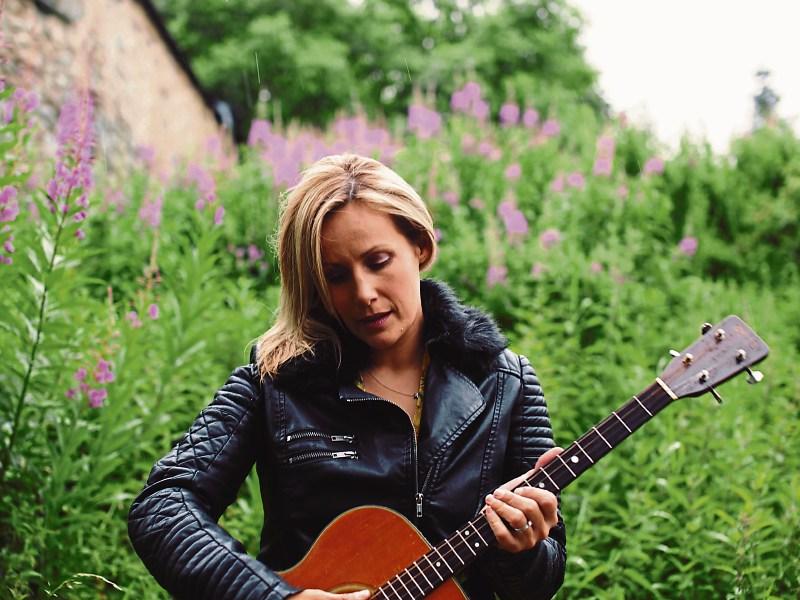 After years in the States and touring the world, the Cherish The Ladies veteran now lives in the countryside outside Glasgow with her husband, Scottish folk musician John McCusker. Having taken some time off last year following the birth of their second daughter, she told the Leader in advance of the gig that she’s looking forward to getting back on the live circuit.

“It will be my first gig in nearly 18 months, and I’m itching to go,” she said. “I can’t wait to get back to doing some singing and recording.”

Not that Talbot could take it easy during her maternity leave. As well as writing songs for her upcoming solo album – “It’s been lovely writing and being in one place, it gives you time to think and reflect” – she oversaw the building of a recording studio in a small 240-year-old cottage next to the family home.

Having their own studio was a long-term dream for the musical couple, and while McCusker is busy recording his new solo record there at the moment, Talbot has pencilled in next March to start recording Life in Nine Songs, her first release since 2013’s Angels Without Wings.

One of the themes of Talbot’s current writing is family life, and she reflects on how children may not appreciate all their parents do for them until they have their own kids.

“My mum and dad (Vincent and the late Rosaleen) had nine children, and we never felt we did without but looking back I ask, ‘how did they do it?”.

The loss a few years ago of her mum, who championed her career in its early stages, inspired Talbot to write a song about grief and loss that, she says, she still doesn’t know if she can sing live without breaking down.

McCusker will produce the album, and so far she has written songs for it with friend and collaborator Boo Hewerdine and up-and-coming Scottish artist Adam Holmes.

The family’s songwriting process in their rural home may seem idyllically organic, as friends pop in for songwriting sessions and their youngsters grow up immersed in music, but, as Talbot laughs, “it gets so busy with the kids, you don’t have the luxury of waiting for inspiration to strike. I end up leaving the kids with my husband and I have to go to a different building and just write while I have a couple of hours, and do a bit every day.

“My husband will record a couple of melodies and email them to me, and he will look after the kids while I go and write the words.”