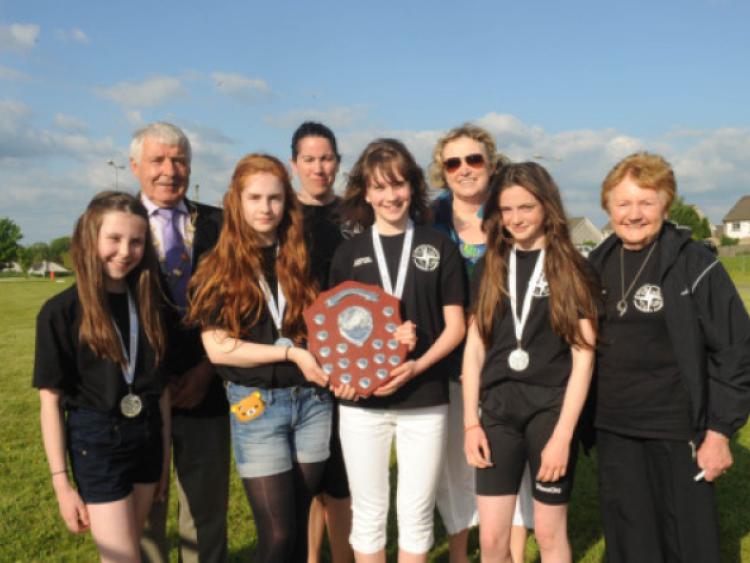 This was one of the best weekends ever for Newbridge and great credit must go to the children and their dedicated managers.

St Conleth’s gold medals came from Mark Glynn in U14 cross country who ran a superb race to secure first place and the Group Singing team who received a terrific reception.

Meanwhile it was described as “a fantastic weekend it was for St Brigids Community Games” when they topped All Ireland by taking three National titles and 45 National Medals in the National Finals.

Cathal Hyland took the first gold in the boys under 14 Gymnastics.

The U13 Indoor Soccer Team and the Under 16 choir also took titles.