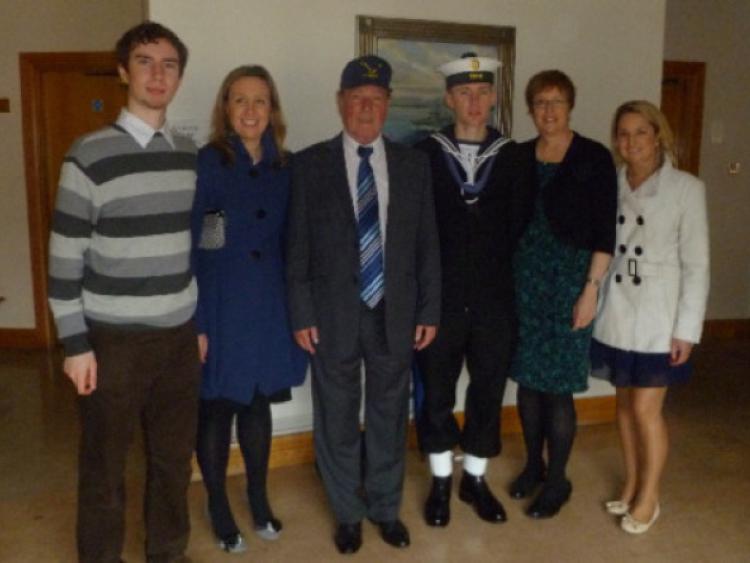 It is unusual for a Kildare man to pursue a life at sea as they usually tend to enter military service given our close ties with the Curragh and the Irish army.

It is unusual for a Kildare man to pursue a life at sea as they usually tend to enter military service given our close ties with the Curragh and the Irish army.

However, a young Kildare man, Patrick Roche from Newbridge, is bucking the trend. He is making a name for himself as he comes close to completing his Able Seaman training at the Navy’s Haulbowline academy in Co Cork.

The young Miltown man is from a well known local family and is one of Paddy and Theresa Roche’s seven children. He is also well known in local athletics circles and has competed with Naas AC.

Indeed it was his athletes background that stood to him recently when he had the distinction of breaking the long standing record at Harbouline for the fastest time in its grueling two mile fitness test. The young Kildare man shaved six seconds of the current record.

Patrick, who went to school in Newbridge, is enjoying his navy training and when completed he will be working in communications. After school he attended College in Carlow IT and went briefly to Australia.

Back home, he looked at his options and told the Leader: “The nay was always something that was in the back of my mind. I did the research, liked what I saw and I am really enjoying my time here.”

Recently members of his family visited Harbouline and were given the grand tour by the proud Lilywhite man.