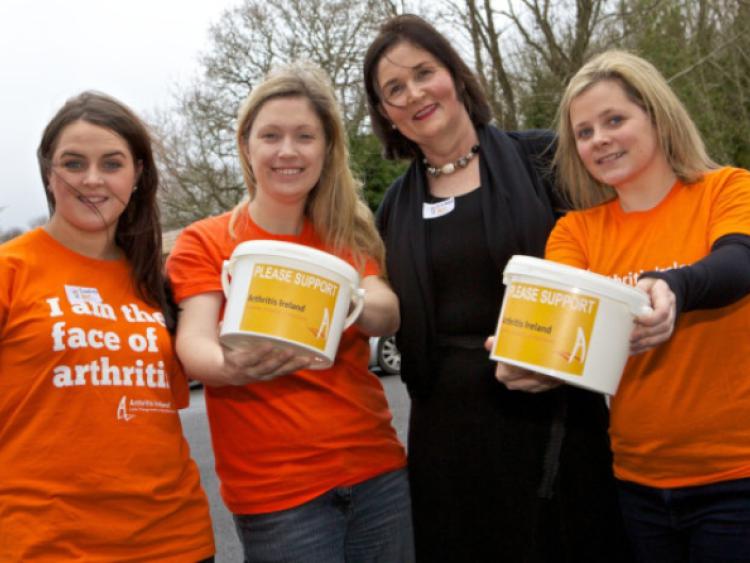 A bunch of very special youngsters were treated to a day out with a difference at Lullymore Heritage park last Sunday, April 6.

A bunch of very special youngsters were treated to a day out with a difference at Lullymore Heritage park last Sunday, April 6.

The day for some 19 Kildare families, and those from nearby counties, living with juvenile arthritis was hosted by the local branch of Arthritis Ireland.

While parents attended workshops and talks from experts, the children took part in fun activities including an Easter Egg Hunt and arts and crafts workshop.

Juvenile arthritis is a little-known condition that nevertheless affects more than 1,000 children in Ireland, which makes it about as common as childhood diabetes.

Parents often get a reaction of surprise when they tell someone that their child has arthritis, which is normally associated with those much older.

It’s a reaction that Monasterevin mum Holly Casey knows too well. Her son CJ, who will be five in June, was diagnosed with juvenile arthritis just after his first birthday.

“He had started walking just after his birthday, but he couldn’t bear weight on his legs. He was trembling after he was standing,” said Holly, who originally hails from Robertstown.

CJ spent several weeks in hospital, before being diagnosed with JA at Temple Street.

“I had actually never heard of it before, I didn’t know kids could get it,” she said.

The youngster, who started primary school last year, has been on steroids and medications ever since.

“If you saw him on a good day, you wouldn’t think there was anything wrong with him,” said Holly. However, CJ has problems with the joints in a hand and if he his tired he limps a lot.

He sometimes has to take breaks from doing his homework or colouring in because his wrists hurt.

Holly admits that the effects are sometimes worse on her than on her son. “He’ll come home from school and say ‘I couldn’t keep up with the lads in the playground’. He doesn’t play football, because he can’t. I have to say to him, ‘CJ, I’m no good at running either’,” she said.

The family, which includes dad Wayne and little sister Amelia, just four months old, travels monthly to Portlaoise Hospital and regularly to Temple Street for tests. Holly is officially recognised as her son’s carer, and they use the services of a HSE occupational therapist.

Holly says that events such as the JA day in Lullymore are great for her son.

“With the family day, he meets other kids that get injections. He was talking to a little girl who was telling him it doesn’t hurt so much. When you see him listening and smiling it’s brilliant, and both of them can play together. Other boys can be a bit rough and tumble, which CJ can’t do,” she said.

The Family Day at Lullymore was made possible thanks to the work of Kildare volunteers and donations received at the annual Arthritis Ireland church gate collection. Such days are hugely important as they give those affected the chance to learn about the condition and connect with others dealing with similar challenges.