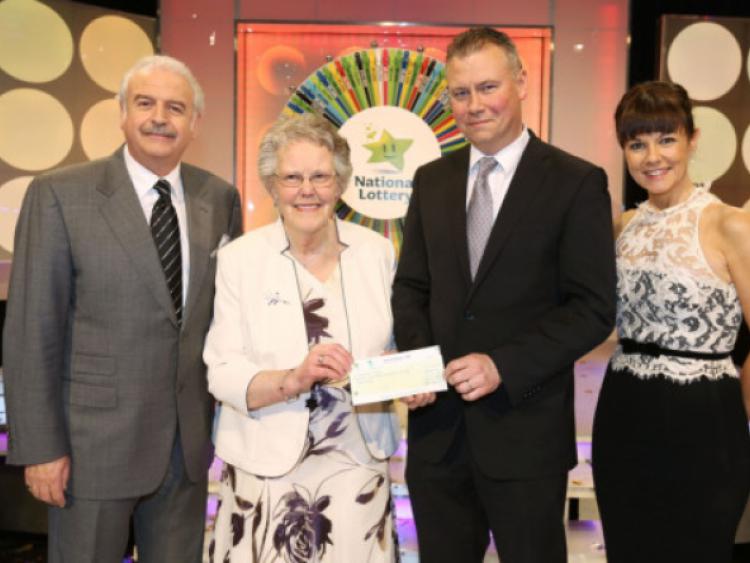 Winning Streak Scratch Cardsoffer players the chance to win instant prizes of up to e100,000.

Kathleen, who bought the Scratch Card herself as part of her weekly ritual where she buys two every week, never thought in her wildest dreams that she would be selected to go on the show.

She was in England for the celebration of her granddaughter Hazel’s 21st birthday whe she received a call from her friend Eileen telling her that she had been picked for the gameshow. \

She said that she feels lucky enough that she regularly has ‘little wins’ on Scratch Cards.

She is in good health and has a good family and that is the luckiest thing of all.

Kathleen is a widow whose husband Aidan passed away five years ago.

She has two sons, two daughters and 11 grandchildren.

Her son Murt and her daughter Lucia live in England.

Kathleen trained as a nurse in England and worked as a psychiatric nurse and a ward manager in Dublin hospitals before settling down to married life.

She is a member of her local Active Retirement Group in Newbridge.

She also enjoys doing crosswords and is a keen knitter. Kathleen may get some refurbishments carried out on her home after the show, and she plans to take her daughters and her daughter-in-law on a trip to Lourdes.