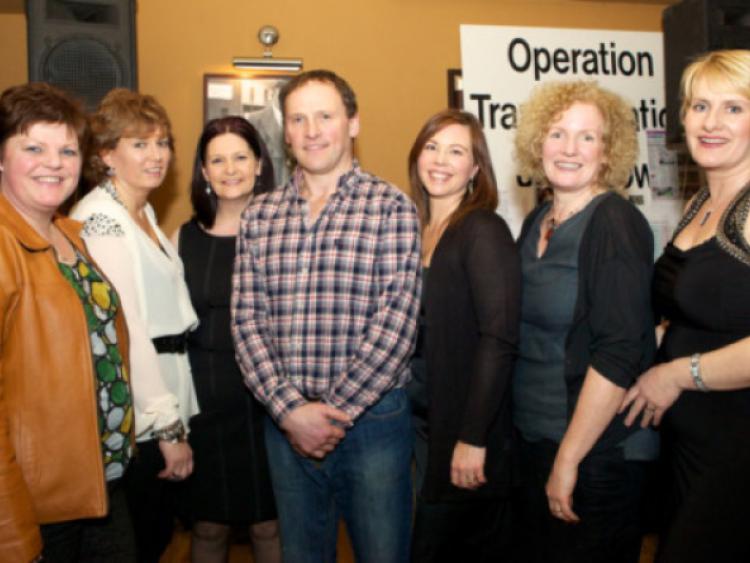 A group of people from Ballymore Eustace lost 75 stone between them during this year’s Operation Transformation health kick by the village.

A group of people from Ballymore Eustace lost 75 stone between them during this year’s Operation Transformation health kick by the village.

RTE’s Operation Transformation leader Monica Percy, who lives in Carlow but has roots in Ballymore Eustace, presented the prizes in Paddy Murphy’s on Saturday, March 9.

The overall winner was Robbie McGee, who lost 17 percent of his bodyweight or 3.1 stone in total.

Robbie won a weekend away to the Plaza Hotel in Killarney, sponsored by Paddy Murphy.

The Ballymore Eustace bulge battlers had appeared on RTE during the show’s run as Monica came back to town to give the dieters an encouragement boost.

88 people weighted in at Paddy Murphy’s on January 8, and 78 made it to the final.

In the nine weeks in between, the group went hill walking, line dancing, boxersizing, and zumba dancing, and were weighed in every week by Ber Barrett.

The weekly award winners were:

The winning team was Tubs2Go, headed up by Esther Marsh.

In addition, the group raised E1,200, which was donated to Ballymore Eustace GAA.