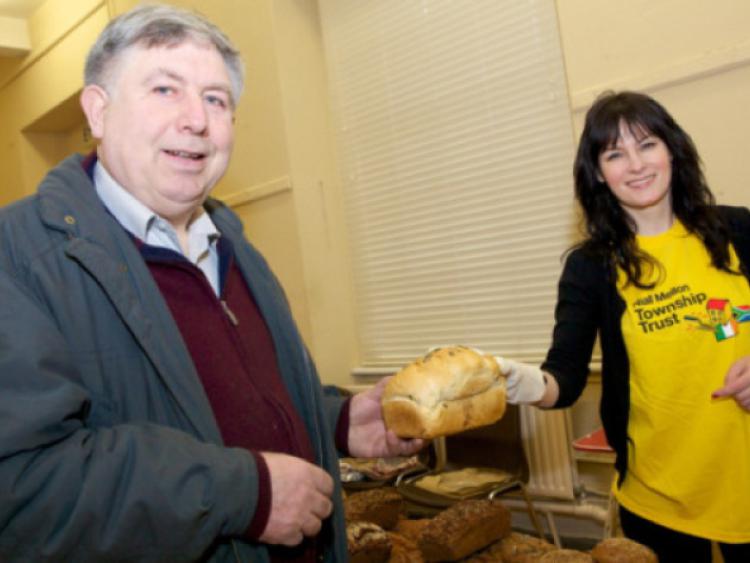 Organised by local woman Finella Naughton to help pay for her participating in a Niall Mellon Township Trust project, it took place at the community centre in Sallins following the masses at 10am and noon.

“I want to say a huge thank you to anybody who supported the event by baking a cake or coming along to buy one; it was a great success. Our volunteers stood outside the church with samples and there was a lot of interest,” said Ms. Naughton.

She needs to raise E4,000 in advance of her week long visit in October and she will pay for her flights to Kenya.

She hopes to stage an 80s night in The Bridgewater Inn, Sallins, in June towards the end of school term.

Finella is has been a volunteer with the Niall Mellon Township Trust for the past five years.

Well known for its achievements in house building, the charity is moving to a new challenge as the South African Government is now providing the full housing subsidy.