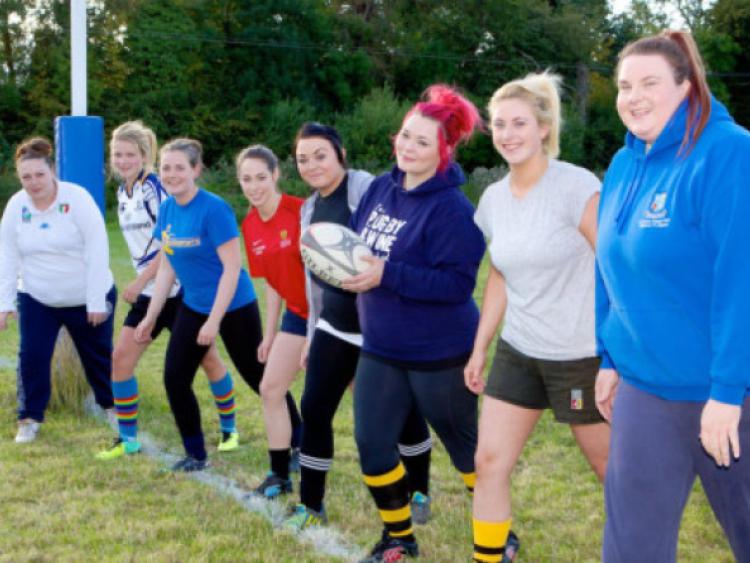 Women’s rugby is on a popularity high due to the exploits of the girls in green at the World Cup in Paris.

Women’s rugby is on a popularity high due to the exploits of the girls in green at the World Cup in Paris.

Traditional rugby club rivals Newbridge and Naas RFCs announced in recent weeks that their womens’ teams are to join forces for the next season .

The move is designed to boost recruitment and promote the growth of the game in the mid-Kildare area.

Newbridge RFC formed one of the county’s first women’s rugby squads over ten years ago, whilst Naas have been building their underage structure over the past few seasons. Both clubs, however, recognised that their numbers would not be sufficient to field two competitive stand-alone teams for the 2014-2015 season. They decided to combine squads in the short term but will re-establish separate teams at both clubs.

“The ultimate aim is for both teams to be able to play each other in a friendly at the start of next season,” said David McKeown, chairman of women’s rugby in Naas. He has three daughters playing the game with the club, at u15, u18 and senior level.

The new squad has been nicknamed ‘The Black and Yellow Cobras’, combining both the Newbridge colours and Naas’ snake symbol.

Skills and fitness training currently takes place at 7.30pm on Wednesday nights at Naas’ Forenaughts grounds, although sessions will also take place at Newbridge RFC’s grounds throughout the season. Their first friendly, versus Wicklow, will take place on September 6.

Girls and women of all ages and levels of fitness interested in taking up the game are invited to contact David at 085 2204635 or check out the clubs’ websites.