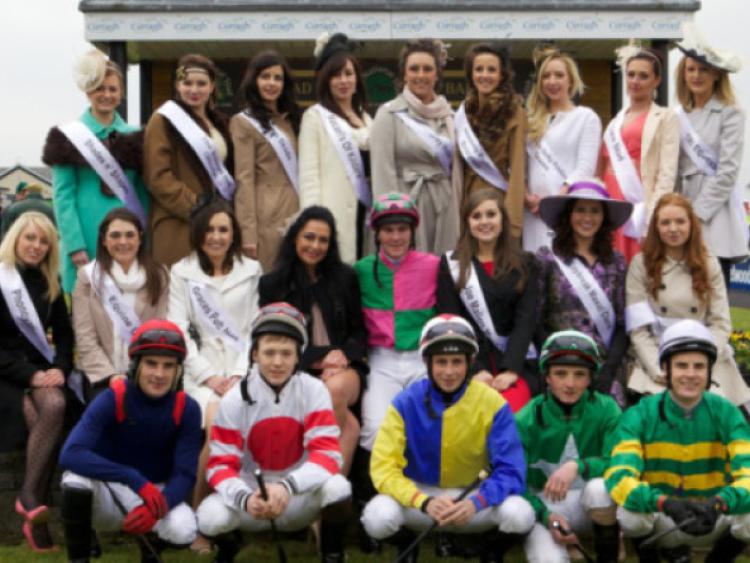 One of the off-the-track highlights of Punchestown week will be the selection of the 2013 Kildare Rose, which will take place at the Osprey Hotel and Spa on Saturday, April 27.

One of the off-the-track highlights of Punchestown week will be the selection of the 2013 Kildare Rose, which will take place at the Osprey Hotel and Spa on Saturday, April 27.

The Lilies-turned-Roses will also be enjoying a day out at Punchestown on the Saturday, before the gala selection evening.

This year’s Kildare Rose competition is being organised by Caroline Hutchinson, who is well-known in the horse-racing world.

The ladies have enjoyed a packed schedule over the past few weeks.

They attended the inaugural Kildare Rose handicap, sponsored by Macaris of Kildare town, at the Curragh on Sunday, March 24.

They visited the Rose Centre in Waterford and also took part in a charity bag packing evening at Tesco Extra in Naas in aid of Cystic Fibrosis.

The Kildare Rose Gala selection night will take place at the Osprey Hotel on Saturday, April 27, with the winner going on to contest the Rose of Tralee semi-finals in Portlaoise on the June Bank Holiday weekend.

The evening starts at 8pm. Entertainment will be by Eoghan and the Boys, featuring Kelly Bermingham. Ollie Turner will compere the evning. Tickets at E20 for adults and E10 for children are available from Caroline Hutchinson at 087 2418266.

The Leinster Leader is proud to be the official media partner of this year’s Kildare Rose contest.