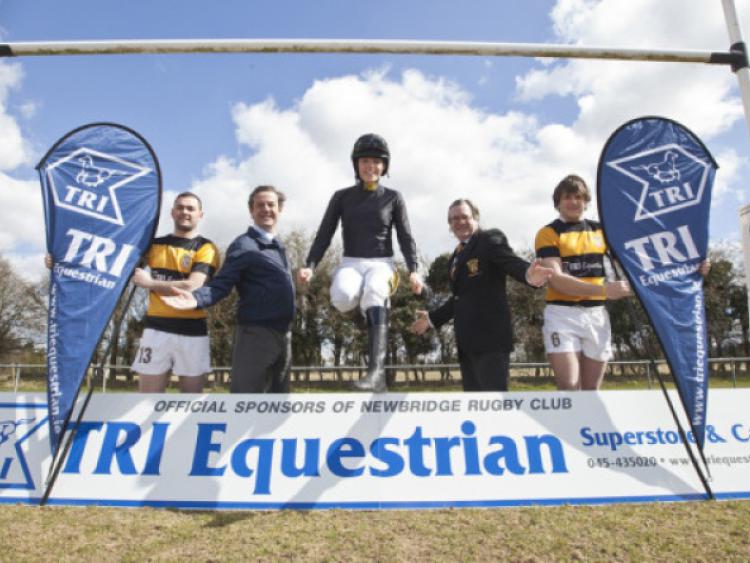 The agreement, which involves sponsorship of the adult teams, will be in place until 2016, and includes the presence of the TRI Equestrian logo on the jerseys of the team’s playing shirts.

The senior team’s first match under the new agreement will take place in August.

Their 12,000 sq ft equestrian superstore and café, located on the Curragh is a haven for equestrian enthusiasts with a huge variety of products that cater for all budgets.

Their sister company TRM, based in Newbridge, is Europe’s leading manufacturer of nutritional feed supplements for horses. The companies employ 60 people between their Curragh and Newbridge sites.

Managing Director, Raoul Masterson, said; “TRI Equestrian is a premier brand that aims to be associated with dedicated, successful athletes in all spectrums. It is a great opportunity for our company, that is firmly based in the locality, to align ourselves with a sporting team that nurtures the ethos of a motivated, hardworking and dedicated club.”

“We are delighted to welcome TRI Equestrian on board as sponsors of the men’s adult teams. We look forward to enjoying many successful years for both parties and believe the partnership will facilitate the development of both brands.”

Newbridge Rugby Club compete in the Leinster League Division 1A.