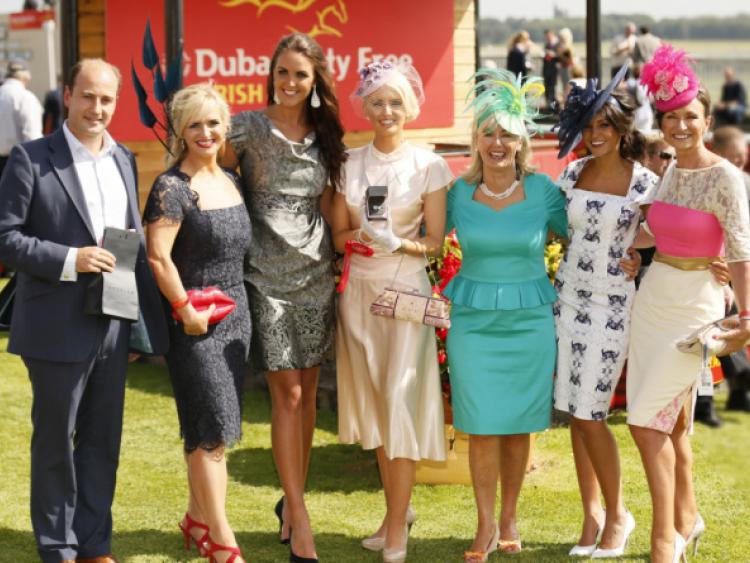 The Curragh Racecourse is this week celebrating a very successful Derby weekend, with attendances up despite clashes.

The Curragh Racecourse is this week celebrating a very successful Derby weekend, with attendances up despite clashes.

The Curragh’s Commercial Manager Evan Arkwright revealed that attendance on Derby Day, Saturday was over 23,000, up 900 compared to last year.

And Sunday’s Family Day also saw increased attendance, notwithstanding the competiting sports attractions such as the golf in Maynooth and the Dublin vs Kildare match.

And Tote figures were also up.

“Overall it was a very positive weekend,” Mr. Arkwright revealed.

“The weathergods were kind to us and the Dubai Duty Free Derby was one of the most competitive we’ve seen in years.

“And it was nice to see the Bolger family getting the claiming the race with Trading Leather.”

Mr. Arkwright was also pleased with what he called the huge response to the ancillary activities on the weekend.

“Michelle Keegan’s appearance as a judge attracted great interest from the media and the public.

“The music village worked very well. In fact the music worked well over the course of the entire weekend.

“Hector hosted it and Sharon Shannon played quite late.

“Local performer Tammy Browne played until nearly 10pm as well.” The Food Paddock worked very well and there was a fantastic response from food producers in Kildare. It was our first time focusing on that and they have reported doing exceptionally well over the weekend.

Mr. Arkwright revealed that the feedback from those attending the weekend was very positive.

The judges were Breda McLoughlin, Michelle Keegan, Melanie Morris, editor of Image Magazine, James Amos from Boodles and Ally Garvey, the 2013 ‘Face of The Curragh Racecourse’

Turn to page 51 for Ladies Day Fashion at the Curragh.