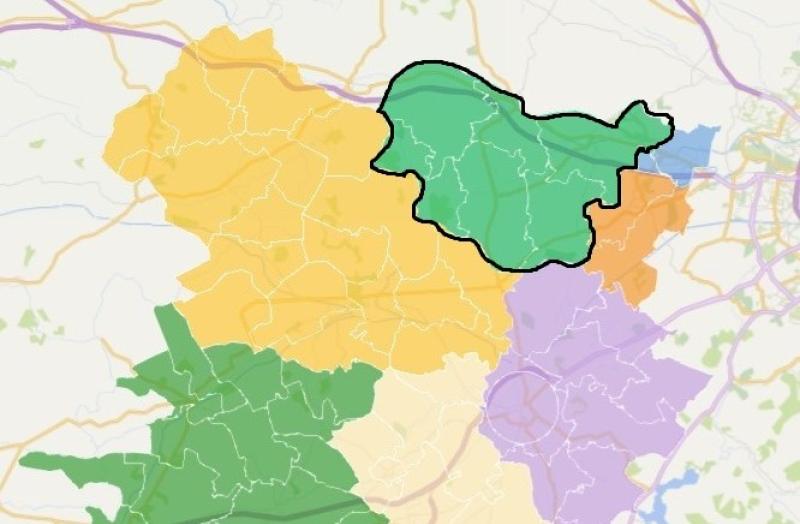 Maynooth Local Electoral Area shrinks considerably in geographical area to include only the town, Kilcock and a small number of townlands immediately surrounding it, including Balraheen, Cloncurry, Donadea and Straffan.

There are nine candidates for five seats.

Cronin Réada is one of only of the five Sinn Fein county councillors who were first elected in 2014 to contest the forthcoming election for the party.

Tim Durkan, son of the Fine Gael TD Bernard, was elected to Kildare County Council for the first time in 2014.

Labour's Angela Feeney will hope that she can pick up some of outgoing veteran councillor John McGinley's support.

Peter Hamilton is the Green Party's candidate in the Maynooth area.

Rioana 'oni' Mulligan is contesting the election for Fine Gael. She is from the tiny village of Newtown and is involved in the Tidy Town's there.

Teresa Murray is one of the incumbents in this LEA. She is an independent who has spent a lot of her term working on the issue of schools.

Naoise Ó Cearúil was one of a new crop of young Fianna Fail county councillors elected in 2014. He recently put his name forward to contest the party's selection convention to be a candidate in the European election.

John Reid is an independent candidate.

Barrister Paul Ward lives in Kilcock and was first elected to Kildare County Council for Fianna Fail in 2014.