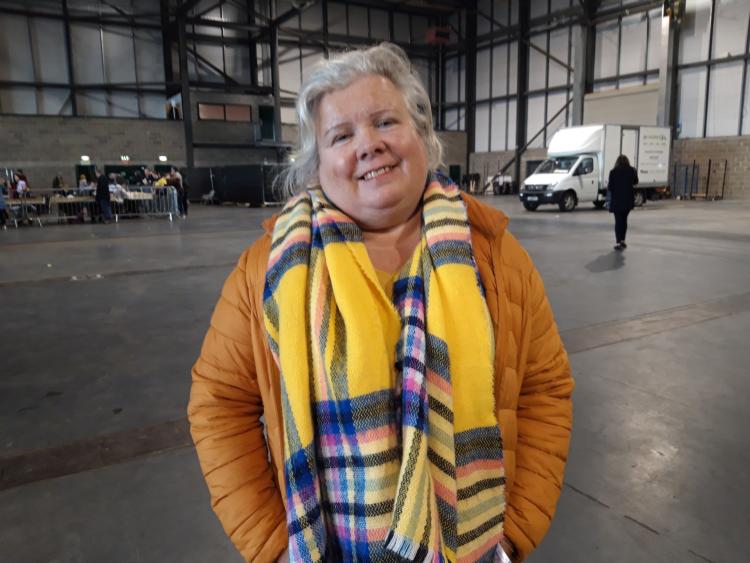 With 10% of the boxes tallied in Kildare South, Ryan leads the voting on almost 25%, followed by the two sitting TDs - Fine Gael's Martin Heydon at 19% and Fiona O'Loughlin of Fianna Fáil at 13%.

Labour hopeful, sitting councillor Mark Wall is on 12% of first preferences, while Independent Cathal Berry, who campaigned on an army pay and conditions reform platform, is fifth at just over 9%. Sitting Fianna Fáil councillor Suzanne Doyle is sixth on 7%, followed by Independent Fiona McLoughlin Healy on 5%.

Patricia Ryan, a sitting councillor from Monasterevin, said that she was happy with the result. " I'm not complacent, we'll wait and see what happens later. I'm proud to be a member of Sinn Féin," she said.

Ceann Comhairle Seán Ó Fearghaíl is automatically returned to the constituency; but the three-seater has been expanded to a four-seater, incorporating Portarlington and some parts of Laois, since the last election - so there is in essence an 'extra' seat to play for.

In North Kildare, a four-seater, with 35% of boxes tallied, Social Democrats TD Catherine Murphy is topping the tally on 20%, with Sinn Féin's Reada Cronin second on 18.6%.

Sitting TDs, Frank O'Rourke of Fianna Fáil is running in third of 15% with Fine Gael's TD Bernard Durkan in fourth in 11.7%.

Sitting TD, James Lawless of Fianna Fáil is in fifth on 10% of the first preferences, ahead of first-time Green Party candidate Vincent P Martin on 8%.

KEEP UP TO DATE WITH ALL THE NEWS FROM PUNCHESTOWN: