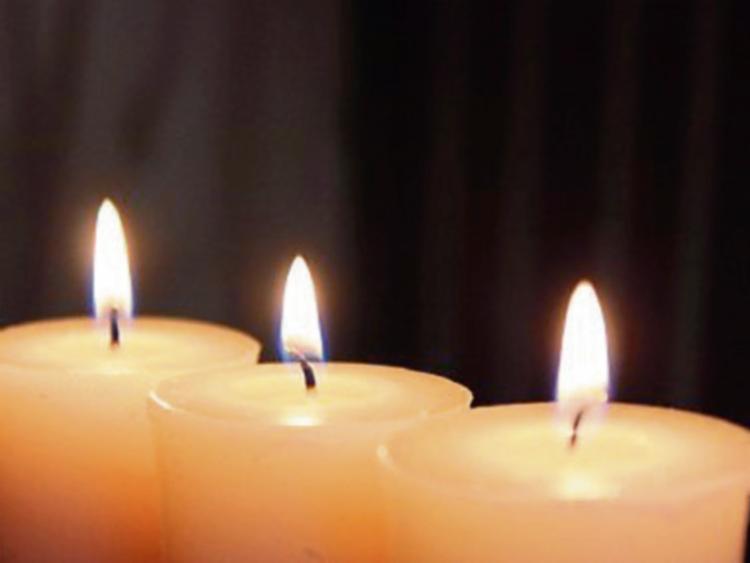 October 6 2019, sadly missed by his loving parents John and Claire, his sisters Emer, Ciara and Mary, his brothers- in-law Eoin, Ken and Steven, his nephew’s Alastair, Jack, Archie, Joshua and Toby, his niece Hannah, relatives and many friends. R.I.P. Reposing at Rigney's Funeral Home, Athy from 4pm on Tuesday afternoon with prayers at 6pm. Removal at 6.30pm on Tuesday evening to arrive at St. Michael's Parish Church, Athy for 7pm. Requiem Mass at 12 noon on Wednesday followed by burial in St. Michael's New Cemetery, Athy.Refreshments in honour of John at Clanard Court Hotel Athy after the burial.Family flowers only please.

October 3 2019, Suddenly at Naas Hospital. Deeply regretted by her partner Christy Cummins, sisters Mary (Turner) & Kathleen (O'Boyle), brothers-in-law Michael and Rory, nieces, nephews, grandnieces, relatives and friends. Reposing at Christy's house in Parsonstown Eircode W91 EHT0 today Monday (7th October) from 6pm to 8pm with Rosary at 8pm. Reposing on Tuesday from 4pm to 8pm with Rosary at 8pm. Removal on Wednesday at 1.00pm, arriving to the Church of the Holy Trinity Derrinturn for 1.30pm Funeral Mass. Burial afterwards in the adjoining cemetery. Family flowers only please, donations, if desired, to Naas Hospital.