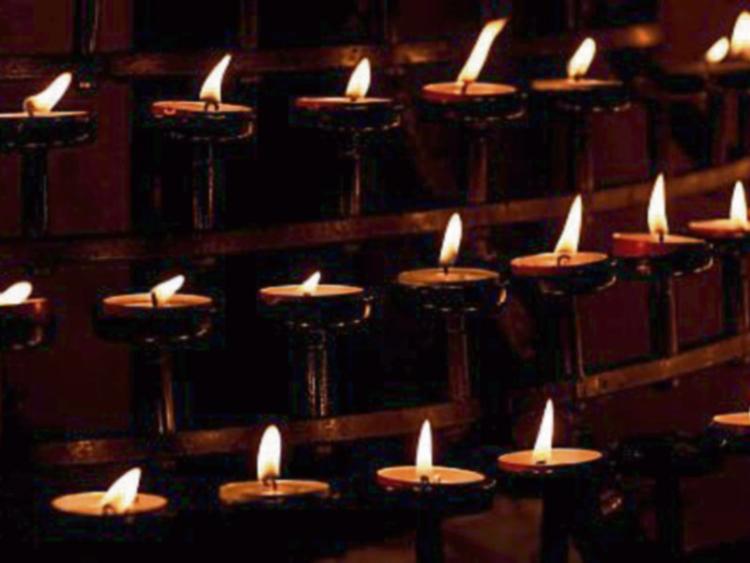 July 21 2019, Predeceased by her parents George and Margaret (Monasterevin), sisters Lydia and Bernadette and her brothers Patrick, Edward and Joseph. Sadly missed by her sister-in-law Maureen, nephews, nieces, grandniece, grandnephews, community of St. Leo’s and Leighlinbridge, relatives and a large circle of friends. Reposing at St. Leo’s Convent on Tuesday from 3pm concluding with prayers at 7pm. Funeral Mass on Wednesday at 11am in St. Lazerian’s Church, Leighlinbridge. Burial afterwards Leighlinbridge Cemetery.

July 20 2019, suddenly at her residence, predeceased by her brothers Tom & Pat. Deeply regretted by her loving brothers Bernard, Francis and Brendan, her sister Imelda (Mullally), sisters-in-law Ann, Mary, Angela & Catherine, brother-in-law Tony, nephews, nieces, grandnephews, grandnieces, neighbours and friends. Reposing at her sister Imelda's residence in Fanagh, Donadea (W91E8P3) on Wednesday from 4pm to 9pm, with prayers at 8.30pm. Removal on Thursday at 11.30am to arrive at St. Coca's Church, Kilcock for 12 noon Funeral Mass, followed by burial in Mainham Cemetery.

July 22 2019 at St. Luke's Hospital, Kilkenny. Son of the late John and Elizabeth Warren and predeceased by his brother William. Sadly missed by his cousins, neighbours and his loving family in Hillview where he happily spent the past 9 years. Reposing in R. Healy & Son Funeral Home, Pollerton Castle, Carlow on Tuesday from 5pm to 8pm with prayers at 7.30pm. Removal on Wednesday morning to St. Abban’s Church, Killeen for Funeral Mass at 11am. Burial afterwards in the adjoining cemetery.