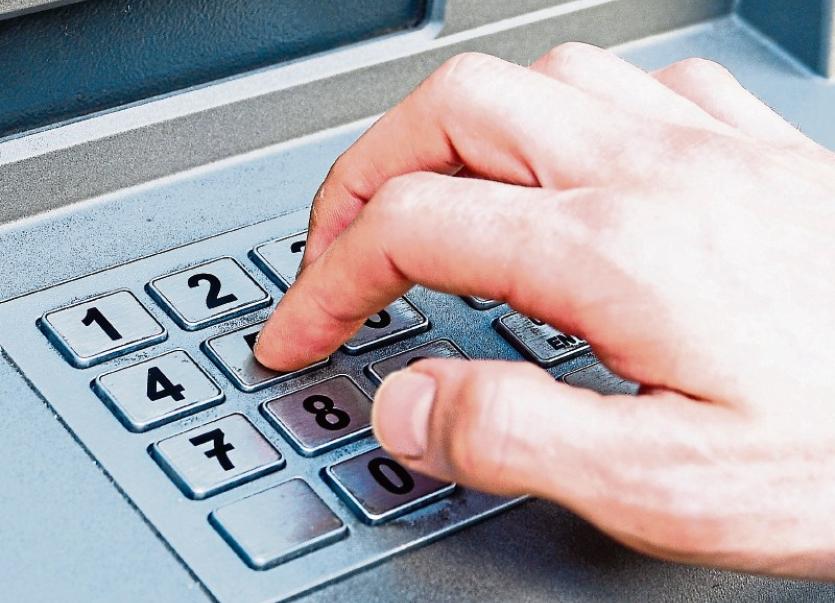 A woman deliberately broke a bank’s ATM machine in Nenagh, Tipperary to prevent her husband from checking his bank balance.

Monika Valkova of 25 Coill Fuinnseoige, Nenagh, has appeared in Nenagh Court on charges.

She pleaded to six counts of criminal damage to the Bank of Ireland ATM at Mitchel Street, Nenagh.

The court heard that it cost the bank €220 to fix the ATM on four occasions while the staff had fixed the machine themselves twice.

Sgt Declan O’Carroll told the court that the bank's manager called to Nenagh Garda station to tell them the ATM had been interfered with and put out of action.

CCTV footage was checked and Ms Valkova was identified as the suspect. She was also identified through broken store loyalty cards she had inserted into the ATM.

“She had taken money from her husband’s account and didn’t want him to view it so she used broken loyalty cards in the ATM,” said Sgt O’Carroll.

Solicitor David Peters, for Ms Valkova, said that his client had a “serious gambling problem” and had been taking money from her husband’s account.

“They only way he could see his balance was through the ATM and she said he wouldn’t be able to check it on other ATMS,” said Mr Peters.

“She would need some help,” he said.

She said Ms Valkova had prevented “countless numbers of innocent people from using the ATM”.

She said ATMs were a valuable and daily item used by the public.

“I am quite satisfied it caused inconvenience. Her conduct was persistent and continued for over six weeks,” said Judge Keane.

She couldn’t ignore that inconvenience to third parties.

Judge Keane adjourned the case to January 10, 2020 for a probation report and compensation and said she would mark the charge sheet “at risk”.