Jeep rammed car through a house in Clane 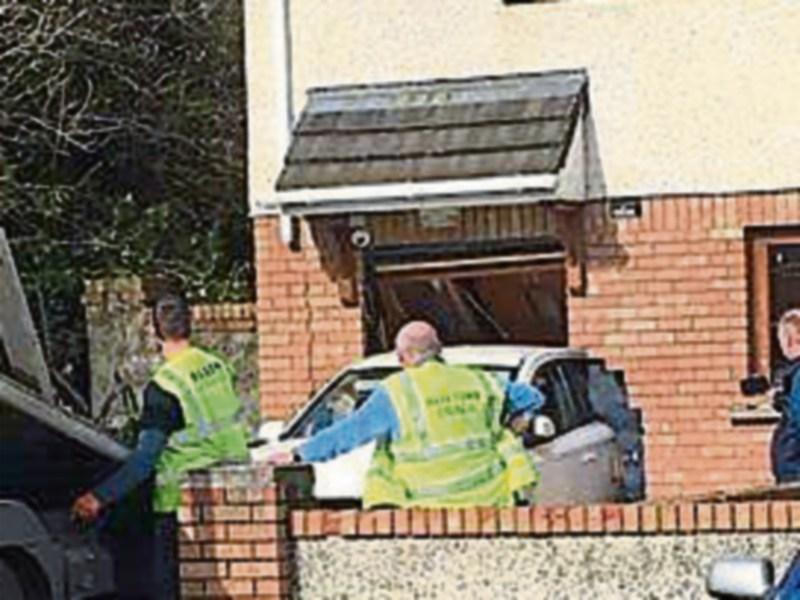 Clane Gardai are appealing for witnesses after a jeep rammed a car through a house in Clane in the early hours of this morning (Monday).

Gardai were called to the scene at 3.50am after a jeep rammed a car parked outside a house in Ottomy Grove in Clane. The house was occupied at the time. A technical examination of the scene was carried out by gardai this morning. The jeep which gardai believe was used in the incident was recovered in the Ballinagappa area of Clane later today.

Sergeant Paul Reily of Clane Garda Station said that a car which was parked outside in the driveway was rammed through the front porch of the house by the jeep at 3.50am.

"This is an otherwise quiet council estate," he said.