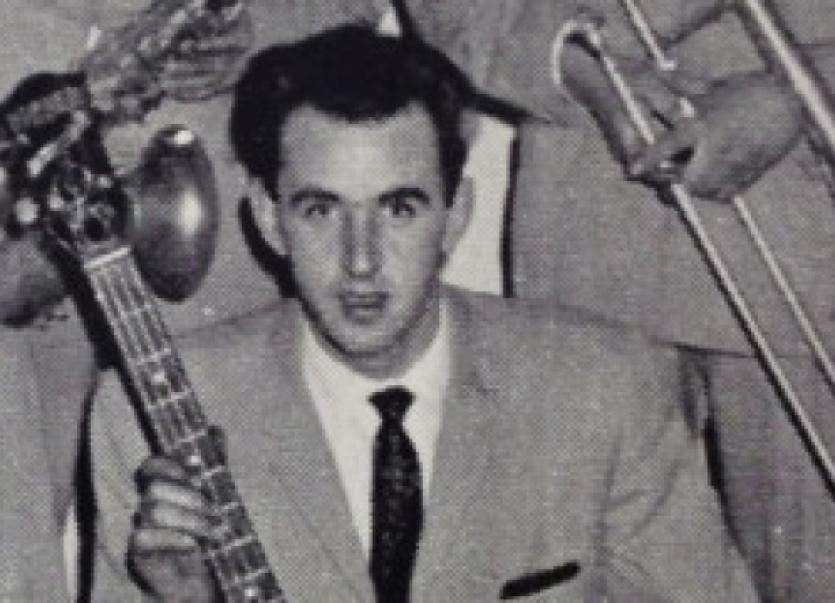 A former owner of two of Kildare’s landmark hotels, The Hazel Hotel and The Cush Inn, has passed away.

A former owner of two of Kildare’s landmark hotels, The Hazel Hotel and The Cush Inn, has passed away.

Jimmie was well known throughout the county and was also an acomplished musician. He played bass guitar with two showbands during his career - The Calandos and Unity.

The Calandos were one of Kildare’s best known showbands and their members hailed from the Clane and Coill Dubh areas.

Jimmie started out his working life in Roadstone before venturing into the hotel business. He also owned a hotel in Clare and The East End Hotel in Portarlington at one stage. One major musical coup he pulled off was getting the Kenny Vaughan jazz band to play in the Cush Inn the night after they appeared on the Late Late Show.

Originally from Backwood, Robertstown, he also tried his hand in the auctioneering business.

His funeral took place in Monasterevin at the Church of Sts. Peter and Paul, on Friday February 14 followed by requiem mass on Saturday at 11am and burial in Allen cemetery.