SCHOOL ‘round the corner 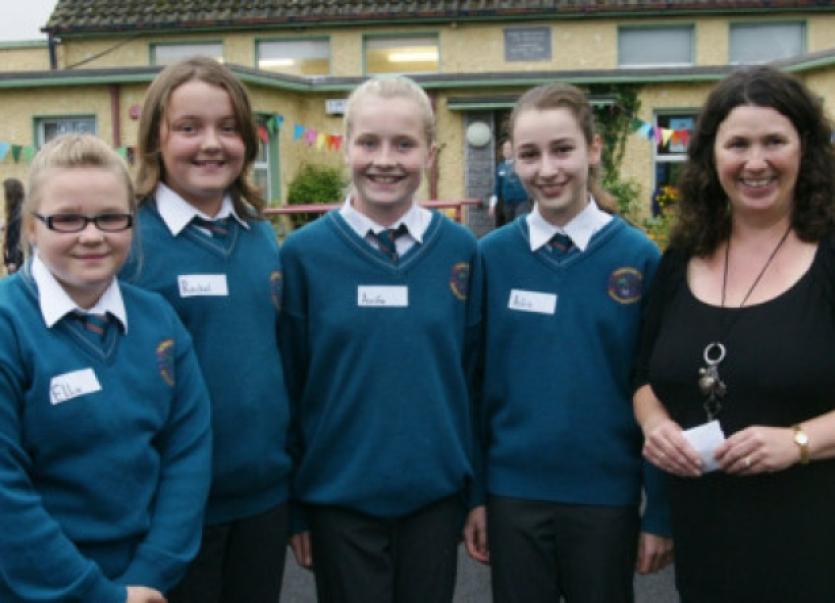 It’s been a few weeks since Tiermohan National School held its 50th anniversary and still the messages and texts have been flowing in to Principal Brian Sweeney.

It’s been a few weeks since Tiermohan National School held its 50th anniversary and still the messages and texts have been flowing in to Principal Brian Sweeney.

“We had very positive feedback from the whole event. It was a great day. We are still getting emails in about it,” he said.

Mr Sweeney explained a lot of planning went into it with invites sent out to past pupils, teachers and parishioners far and wide. A marque was erected and a special greeting committee formed to welcome those who arrived for the ceremony. Over 230 people attended the event.

The principal outlined how they were invited to sit on an old school bench in the old building to sign the visitors book to mark the occasion.

In one rooms of the old school building there was a display of old school books, rolls, photos and other memorabilia - some dating back to 1962. There was also a slide show of old photographs.

Then mass was said by Fr. PJ Byrne P.P. Various symbols of education and those with connections to the school were brought up during the mass. The choir were joined by Marion O’Donoghue and the music was provided by Niall Crehan and family.

Afterwards, refreshments were provided courtesy of Musgraves’ in Kilcock.

“Our star guest was Catherine O’Connell nee Foley who was one of the teachers who taught at the school. That was great. She had not been back to the school for years. Everyone was delighted to see her again and past pupils wanted to catch up with her as they had not seen her in some time,” added Mr. Sweeney.

It’s been a very busy term for Tiermohan National School .

Just last Monday they were due to visit Naas Racecourse to find out about life on the track. The school took the racecourse up on its invitation to find out more about the industry.

Tiermohan National School is located 5km from Kilcock and 10k m from Clane near the beautiful Donadea Forest Park.