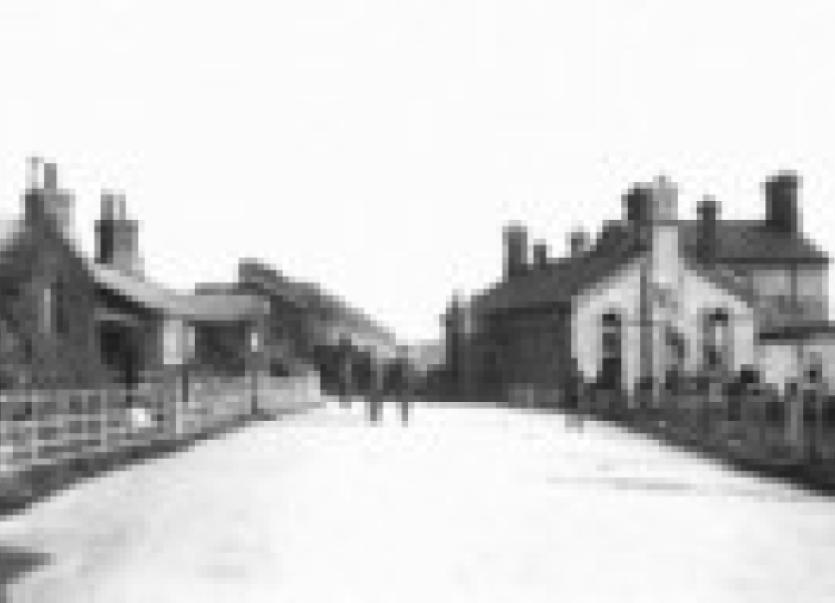 The Curragh Mutiny, as it is popularly known, centred around potential disobedience by British army officers who made it clear in March 1914 that they would not march on Ulster to enforce Home Rule on the unionist population.

The Curragh Mutiny, as it is popularly known, centred around potential disobedience by British army officers who made it clear in March 1914 that they would not march on Ulster to enforce Home Rule on the unionist population.

The implications of the episode (the Curragh Crisis might be a better title) – for the history of 20th century Ireland and the United Kingdom are the subject of debate by historians dealing with the high level politics of the time. However the Curragh Crisis also had local impacts and particularly for the local newspapers who found themselves dealing with a situation of national and international importance on their doorsteps.

While many of the significant players in the crisis were located in London and Dublin, it was the position of the officers at the Curragh Camp which threatened the hitherto seamless relations between government and military.

The Curragh camp was not an installation hidden by behind high walls and gates. Rather it was an open camp and its personnel were fully integrated into the daily social and economic life of mid- Kildare. It was not surprising then that any tensions among the military in the camp would be reflected in the wider population in the Curragh environs.

News of that there was something afoot in the camp reached the correspondents of the two local newspapers in the county: the Kildare Observer which had a leaning towards the establishment and including the officer class, and the Leinster Leader which was radically in support of the nationalist agenda and had little time for the agencies of British government in Ireland.

A look back at the reports of the local papers in the last week of March one hundred years provides intriguing local insights into the crisis as well as highlighting the editorial stances of each publication.

Both papers agreed that there was heightened security in the camp over the previous days. The Kildare Observer reported: “There was considerable commotion here on Friday when news leaked out that General Gough had resigned, that the Fire Station and Magazine had extra pickets put on and the military police were carrying revolvers.”

The Leinster Leader reported the increased tension at the camp in terms which anybody who has passed time there on a long Sunday would recognise: “The Curragh Camp on Sunday presented a rather unusual appearance. As a rule, the Sabbath day is very quiet, even a sleeping one at the camp, but on Sunday last it was in a hustling air. The sentries at the different points were in their full regimentals and moving about their business in a manner which showed that something more than usual was required of them.”

Having described in factual terms the heightened tensions at the camp, the newspapers diverged in their subsequent commentaries on the events. The Kildare Observer which would have been read by the officers at the camp responded by attacking the intrusions of reporters from national press who came to the camp. The Observer used striking imagery in relation to the outside journalists: “The lynx-eyed reporters from the metropolis (Dublin) and from England were on the spot in less time than it takes to write.”

The Observer was also quick to point out what it claimed was exaggeration in the reports filed by the outside reporters. It complained that “an eminently respectable English paper told its readers on Saturday morning, that ‘A hundred officers had resigned and the men were doing likewise’”. In another column it accepted that there had been some resignations “but that the matter has been exaggerated in the Press there is no doubt whatever.”

It went on to point out that some stories reported in the national press were without foundation: “During the week sensation followed sensation on the Curragh – in the papers.” It cited a report that had appeared in the “metropolitan Press” claiming that a soldier attempting to get in to the Newbridge barracks after dark had been shot dead by a sentry. The Observer recorded the local reaction: “There was no truth whatsoever in the report and which was a source of much laughter among the officers and men in Newbridge barracks.”

If the Observer reacted defensively in relation to the reportage in the national press of the situation at the Curragh, the Leinster Leader had less reserve and indeed through its reports and commentary sprinkled fuel on the flames of controversy burning in the officers’ mess halls. The Leader reported the serious claims from a non-commissioned officer that there weapons were being spirited away from the magazine and smuggled north to arm the unionists. Further there was an implication that the highest levels in the camp were turning a blind eye to such seditious activity.

The NCO was reported as claiming: “There was no doubt that a large number of small arms and ammunition which should comprise the current stock of the Curragh Camp magazine are at present in the possession of the opponents of Home Rule in the North.”

Both papers contrasted in their reporting on the question of ammunition being transferred to the Curragh magazine. The Leader informant claimed that the transfer of ammunition to the Curragh from the artillery barracks in Newbridge and Kildare was to make up for the deficiencies in the camp magazine which had been pilfered for the northern Unionists.

However the Kildare Observer had a far more benign explanation for the ammunition transfer. An officer at Newbridge barracks told the paper that “We have an ammunition column here and some of our stores were recently moved to the Curragh, which may be the reason for the startling suggestions.”

One senior officer was sceptical of the approach of the national and English press to the crisis. Major Anderson of the 5th Division told an Observer reporter that “newspapers get bits of information here and there and have tried to make an alarming story.”

The Leinster Leader came to a similar conclusion but with different implications: “Screaming placards and scare headings led to the belief that a state of mutiny had occurred … from the maze of the reports and rumours it has been possible to glean that nothing more sensational had happened that seventy officers, sons of Irish landlord families and Tories, and whose anti-Irish upbringing proved stronger than their proved stronger than their sense of discipline” had threatened to resign rather than March on the north.