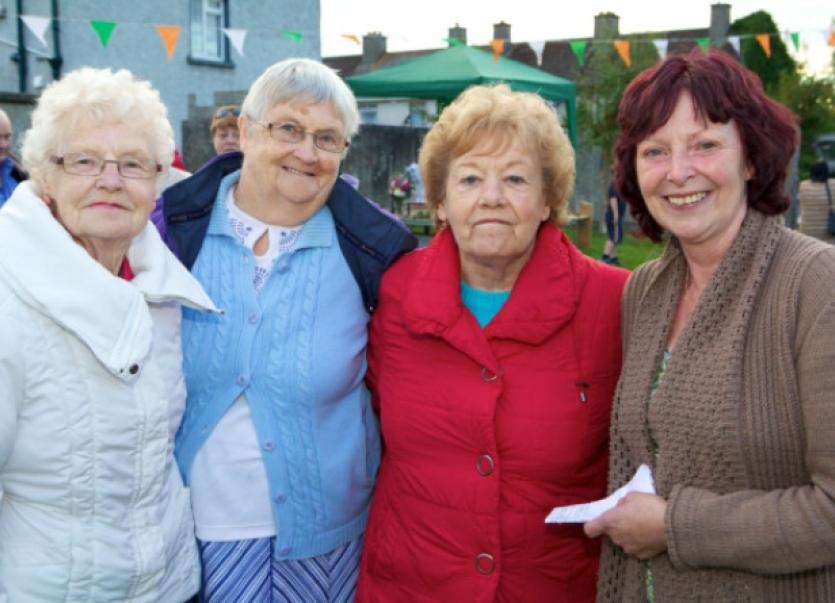 Residents of the some of the oldest residential areas in Naas turned up in numbers for an open air mass and a community event which raised money for charity.

Residents of the some of the oldest residential areas in Naas turned up in numbers for an open air mass and a community event which raised money for charity.

An estimated 300 people from Pacelli Road, Sarto Park, Sarto Road and Our Lady’s Place participated in the mass and a community gathering in the heart of where they live.

Mary Foran, one of the organisers told the Leader that it was the first time an open air mass had taken place there for at least a decade.

“Most of us were surprised at the number of people who were there; it was a real community event and the weather was fine,” Mary told the Leader.

The mass was celebrated by the retired Fr. Jimmy Doyle, who is well known to people living in the Naas and Sallins areas.

“I’d like to thanks everybody who donated anything for the raffle and also to all those who helped in any way as well as Fr. Jimmy,” added Mary.

It is hoped the event will be staged again next year.

It raised €1,400 and most of the proceeds will go St. Brigid’s Hospice on the Curragh.

Mary, who is a cancer sufferer herself, said many people came along simply to support the hospice and it was an opportunity for older people who had’t met in a while to reunite.

“We went to shops and got some spot prizes and a crochet blanket from Mary Kelly raised €50.”

Some of the money raised will pay for a memorial bench on the canal bank honouring the member of 3 deceased family members - Una, Jimmy and Gabrielle Curtis, who lived in Sarto. Young people Daniel McCabe and Michaela Curtis also performed entertaining the assembly with music and song, which was followed by tea, coffee, sandwiches buns and cakes.