Pauper’s grave for Punchestown patron, and the smuggler socialite 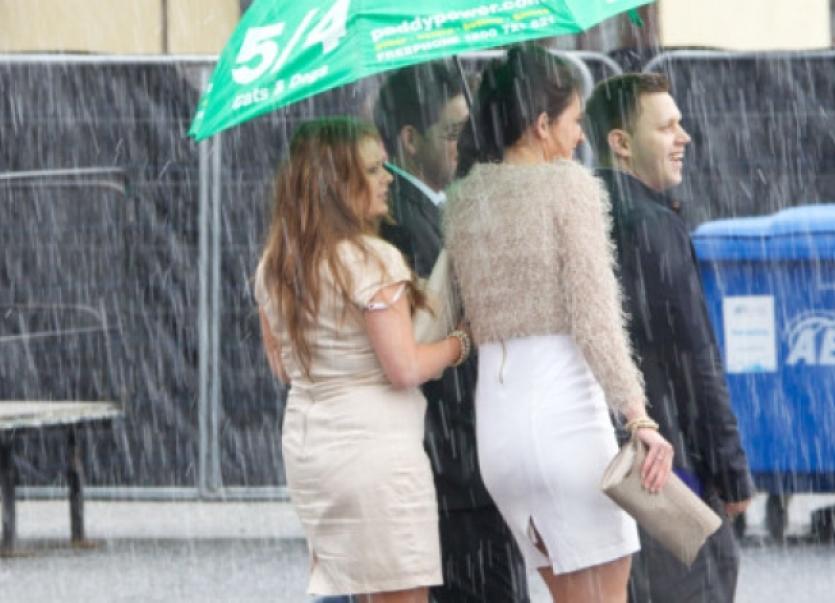 Punchestown is over for another year but the stories of wagers won and lost and small (or even large) fortunes gained or thrown away will continue for a long time yet.

Punchestown is over for another year but the stories of wagers won and lost and small (or even large) fortunes gained or thrown away will continue for a long time yet.

A century ago the aftermath of the Punchestown festival threw up a similar abundance of stories of good fortune and of ill-luck.

But few stories from the festival meeting of 1913 hit a chord as that of a Dublin man who took ill at Punchestown, died and was buried in a pauper’s grave.

The paragraph reporting this sad item occupies just a few lines in the Kildare Observer published in the week after the Punchestown festival of April 1913.

It is inserted almost as an afterthought among the hundreds of lines waxing lyrical about the racing, the fashion and the high society at the meeting.

It is simply reported that “A man named Thomas Byrne, aged 36, of Clanbrassil Street, Dublin, took ill at Punchestown Races and was removed by the police to Naas Union hospital where he died on Thursday night. His remains were interred in the New Cemetery on Monday.”

The New Cemetery referred to is St Corban’s cemetery on the Dublin Road out of Naas.

Most likely the man in question was one of the many wandering minstrels who descended on Punchestown each year.

When he took ill he was brought to the Poor Law Union hospital and, at the end, with nobody to claim him he was buried by the public authority a long way from his home in the capital.

Contrast that with the treatment afforded to the society jockey Mr J.C. Kelly who when he fell from his mount was removed by “motor ambulance” (an innovation for the elite) to a private hospital in Dublin.

There was no doubt that Punchestown attracted the human condition in all its forms.

At Naas Court “Nine persons of the tramp class were arraigned at a special court before Mr M Fitzsimons, Justice of the Peace, and charged with being drunk about the town on the occasion of Punchestown Races.”

It transpired that only one had the “wherewithal to pay the fine” and the other defendants were sent to gaol for periods of four days, and in one case, of seven days.

At the other end of the social scale Punchestown attracted the high society like bees to a jam pot.

The landed gentry and the officer class gathered at the great country houses and made their way in conspicuous procession to the course in the east Kildare hills.

Being at Punchestown and being seen to be there were essential credentials in the diary of any self-respecting socialite.

Thence the Kildare Observer published a special column headed “Punchestown House Parties” listing the guests who made up the parties converging on Punchestown from the great country houses of the hunting country of Kildare, Meath and County Dublin.

Many of the names listed so zealously by the Observer social columnist loomed large in the establishment circles of Ireland under the empire or were rooted deeply in the county’s old gentry families.

Thus from Morristown Lattin came the Mansfields, from Roseboro came Lady Albreda Bourke with Sir Charles Wentworth-Fitzwilliam (descendant of the builder of Jigginstown Castle) in her party, and from Osberstown came the de Robecks who were leading lights in Kildare Hunt circles.

Strikingly a name appears which shows how people’s destiny can change dramatically in the course of a few years.

Among the merry group listed as travelling with the house party of Lord Cloncurry from Lyons Estate –one of the truly great houses -- was “the Honourable Mary Spring-Rice”.

Little more than a year later the same Mary Spring-Rice was in a very different political milieu as part of the crew of the arms smuggling vessel Asgard which brought rifles to the Irish Volunteers at Howth in July 1914.

It was a supreme irony that the same guns were to be used in Easter 1916 to dismantle the establishment circles of which the Hon. Spring-Rice had been such a part in the social scene of Punchestown just sixteen months previously.

Thus there was a new chapter added to the long story of Punchestown which for the best part of two centuries has intersected with the political and class history of Ireland in a myriad of surprising ways beyond the more typical stories of the betting ring and the race track.