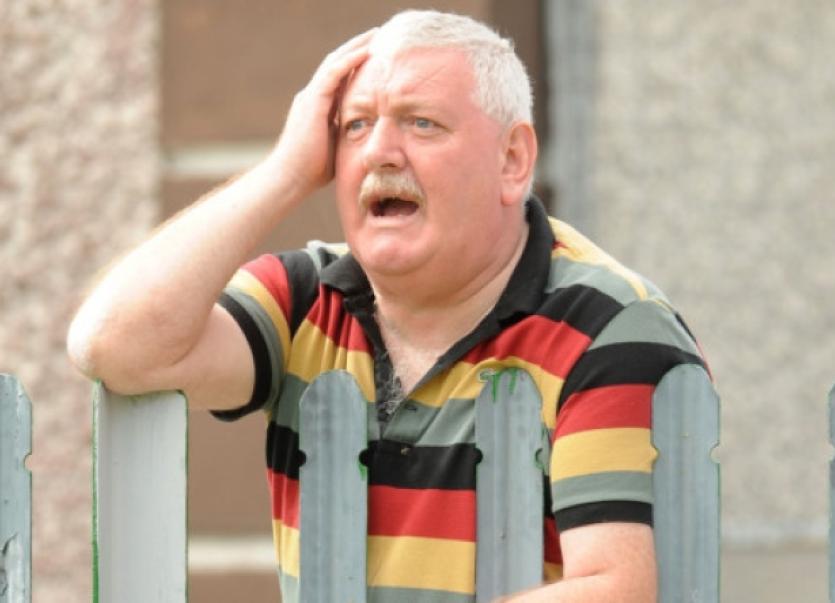 It was with deep regret late on Thursday night the 21st of March that we learnt of the very sad passing of Kevin Brennan.

It was with deep regret late on Thursday night the 21st of March that we learnt of the very sad passing of Kevin Brennan.

Kevin was a lot of things to a lot of people. First and foremost he was a loving husband to Anne, a loving father to sons Andrew and Eoin and daughters Caoimhe and Niamh and a doting grandfather to Aoibhe, Sara and Tahgd. He always put his family first in everything he did. He also left behind three very caring brothers, John, Christy and Michael, and many extended family and friends.

In his 43 years working in Cosgroves Chemist, Kevin helped the people of Newbridge with their medication and health matters. Unfortunately, when it came to Kevin’s illness, he could not help himself.

Sport was Kevin’s great passion, and in particular the GAA. He also loved rugby, horse racing and in the last few years dog racing, where Kevin was involved in a small business selling greyhound feed and accessories.

Kevin claimed he never liked soccer but I think he secretly watched it just to give out about it.

Kevin loved getting a few friends together and heading to Fairyhouse, Leopardstown or Punchestown for a good day’s racing. But it was the GAA that Kevin loved most of all. He was Sarsfields to the backbone. He loved going to Croke Park to see Kildare playing and what pleased him most was to see Sarsfields players wearing the white of Kildare. And you can be sure that if they played well he would be the first to let you know all about it.

Kevin served as vice chairman, secretary and as treasurer of his beloved club. As a club officer Kevin was involved in the purchase of the club’s grounds in Rickardstown and the building of the original clubhouse in 1984. He was also very active in setting up the underage section, which is now the Dermot Earley Academy.

All through his officership, he always said what he thought and he was always a very straight talker. You always knew where you stood with Kevin. Everything Kevin did was always in the best interest of Sarsfields.

Kevin was a selector on various teams down through the years. Kevin was never one to be quiet at a match and no more so when he was a selector. At one match where the referee who knew Kevin well, made a harsh call against Sarsfields, Kevin was sure to let him know in no uncertain terms what he thought of him. The ref walked to the sideline And asked Kevin his name, Kevin said “you know my name”. The ref said he had to hear Kevin say it so Kevin said his name and the ref wrote it in his book. He then turned to Kevin and said “I have waited years to do that”. After the match Kevin met the ref in the bar. He shook his hand and asked him what he had to drink. That was Kevin. What happened on the field, stayed on the field.

Kevin took great satisfaction and pride in seeing Sarsfields win county titles, especially senior titles. He always enjoyed the celebrations and had been known to sing a verse of ‘The Winner Takes It All’ late on county final night. In the weeks leading up to a county final, Kevin loved to put the flags up around the town. While he drove the van with the flags he made sure his two loyal friends, Pauric Moran and Barney Breslin, along with the rest of the flag crew, put the flags up right.

Kevin loved to meet Pauric and Barney for a pint And Aabit of craic. In Kevin’s own words, “old friends are best”.

Kevin will be sorely missed by the people of Newbridge, by the GAA family and in particular Sarsfields, but the biggest loss will be felt by Anne, Andrew, Eoin, Caoimhe and Niamh.

Kevin might be gone but he most definitely will not be forgotten.

- from all his friends in Sarsfields.