Dean Swift and his Kildare romance 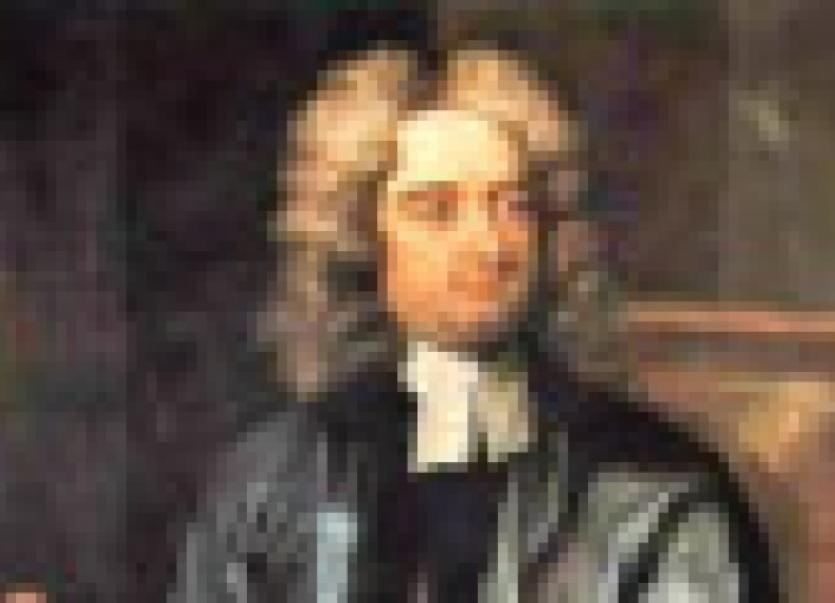 It’s festival time of year and in almost every parish in the county there is a field day, garden fete or pattern day – all bringing vitality and colour to the high summer weeks as well as earning much needed funds for parishes, schools and local causes.

It’s festival time of year and in almost every parish in the county there is a field day, garden fete or pattern day – all bringing vitality and colour to the high summer weeks as well as earning much needed funds for parishes, schools and local causes.

A century ago the festival calendar was just as vibrant and the pages of the local press are full of advertisements, previews, and reports of festive activities.

In July 1913 pride of place went to the fete in Celbridge Abbey where festival goers could enjoy fun on and off the River Liffey.

They could appreciate not alone the Abbey grounds in their sylvan riverside setting but also the knowledge that they were walking in the shadow of one of the most celebrated romantic stories in early 18th century Ireland.

The Observer correspondent made the claim that “the Abbey, Celbridge, where the Celbridge United Charities fete will be held is one of the oldest – if not the oldest –

Originally known as Kildrought House, it became the backdrop to the romance of Dean Swift and Esther van Homrigh.

Swift (1667-1745) was the most prominent public intellectual of the era with a prolific output of pamphlets and books satirising the political establishment of the day.

His most famous book is “Gulliver’s Travels” which although known worldwide as a children’s classic is also a clever satire on the political classes and their follies.

Swift mixed in the highest political and intellectual circles in London and in Dublin and it was in the Irish capital that he landed the prestigious position of Dean of St Patrick’s Cathedral in 1713.

Vanessa was daughter of Bartholomew van Homrigh, a Dutch settler who followed William of Orange to Ireland and made a fortune “as all army contractors do” supplying William with food for the army.

He then settled in Dublin and became Lord Mayor.

In the fact the ceremonial Chain of Office worn by the Lord Mayor of Dublin today is the chain presented by William of Orange and first worn by Van Homrigh.

Subsequently Van Homrigh bought Kildrought House – the name Kildrought being a version of the original Irish “Cill Droichid” – church of the bridge, a description which indicates Celbridge’s ancient status as a key crossing on the river Liffey.

But back to the lovebirds, located on the riparian grounds of the Abbey was a stone bower in which Vanessa (a pet name given to her by Swift) and her celebrated lover were wont to tryst.

Its romantic virtues were described in the following terms: “a truly bewitching spot entirely secluded above the rushing waters of the Liffey and surrounded by beautiful trees that grow so luxuriantly along the valley of this most beautiful river.”

The grounds also accommodated one of the earliest bridges on the Liffey –although wide enough only for foot traffic it was of great interest to antiquarians.

However the romantic aura of the Abbey was not enough to save poor Vanessa from Swift’s capricious ways.

He had a history of ambiguous relationships and it seems that while Vanessa was besotted the wily Dean did not quit reciprocate her intensity.

In the library of the Abbey proper took place a quarrel which brought about the estrangement of Swift from Vanessa.

It was in a room above the library that poor Vanessa died – reputedly of a broken heart.

It had been thought that she had been buried in the Abbey grounds but later enquiry determined an entry in the burial register of St Andrew’s in Dublin.

While the Abbey had an unhappy history as far as romantic trysts were concerned it continued to accommodate figures who were prominent in Irish society.

A century after the time of Swift’s forays to Celbridge the Abbey was often visited by Henry Grattan (1746-1820) who was the leading light in wresting a degree of home rule for Ireland in the late 18th century.

Irish public opinion of the day the parliament set up by the British as result of his successful campaigning became known to history as “Grattan’s parliament” (located in the Bank of Ireland building at Dame Street).

On his visits to the Abbey Grattan was very aware that he was walking in the shadow of a great political predecessor, the strong-minded Dean Swift and his lover, and such awareness was central to his own advocacy for an Irish parliament.

“Along the banks of the Liffey and the groves and bowers of Swift and Vanessa, I grew convinced that I was right.”

Inspiration for political leaders was not the only legacy of Dean Swift’s.

He left a sum of €20,000 (a fortune in 1745) to establish a hospital for people with mental illnesses which today is known as the well regarded St Patrick’s University Hospital at Kilmainham.

* Dean Swift is remembered for works such as Gulliver’s Travels, A Modest Proposal, A Journal to Stella, Drapier’s Letters, The Battle of the Books, An Argument Against Abolishing Christianity, and A Tale of a Tub. Swift is arguably the foremost prose satirist in the English language,and is less well known for his poetry. Swift originally published all of his works under pseudonyms.