Newbridge councillors kept in the dark over art in the park 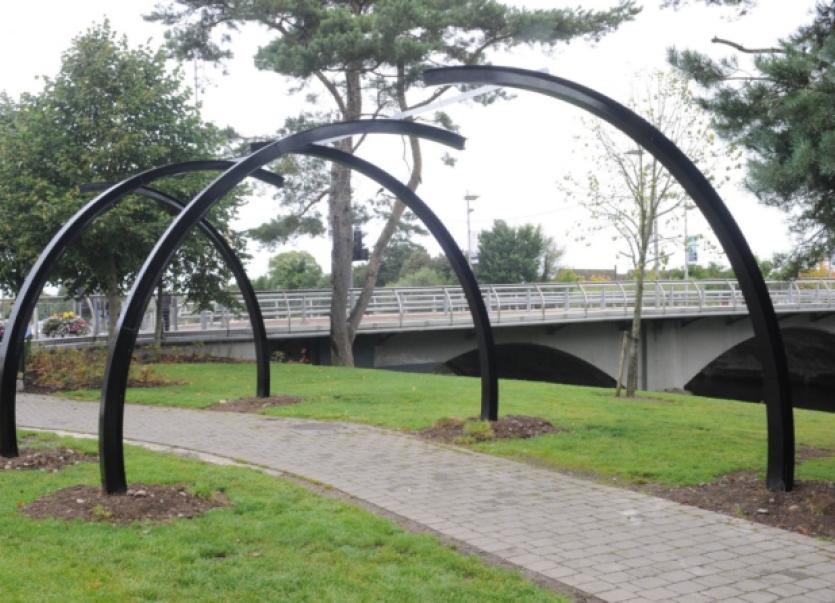 The NewbridgeTidy Towns committee have dirtied their bib with the town council by not informing them in advance of a new art installation at the entrance to Linear Park.

The NewbridgeTidy Towns committee have dirtied their bib with the town council by not informing them in advance of a new art installation at the entrance to Linear Park.

Town Councillors, who discussed the issue at this month’s meeting, all agreed that they were kept in the dark and knew nothing of the installation or even what was the purpose of the new structure in the park.

Cllr Murty Aspell described it as a ‘bitter pill to swallow’, that councillors were not informed in advance before querying if any funding was provided from the town council for the project.

“People have been coming up to me to ask what is that monstrosity in the park?”, he said. “I couldn’t tell them. Nothing should go on down there without it being brought to our attention. I’m sure it will be wonderful whent it is finished but that is not the point. The Tidy Towns gets a lot of funding from us.”

The town manger, John Laharte said it had simply ‘escaped’ the attention of town council. The piece, he added, is called ‘Vergola’ and was organised by the Tidy Towns to highlight the entrance of the park at a cost of €10,000.

“Funding is not coming from Newbridge Town Council,” he said. “This one obviously escaped for some reason.”

Mayor Deely said it was ‘disapointing’ that councillors had not been consulted while Cllr Fiona O’Loughlin asked if the €10,000 earmarked for the project will take away from the long awaited skateboard park. Cllr Micheal ‘Spike’ Nolan said the Tidy Towns showed ‘little or no respect’ to the town council.

“I have no problem supporting the Tidy Towns but it is a two way street.”