Time capsule dug up after 7,305 days in Monasterevin 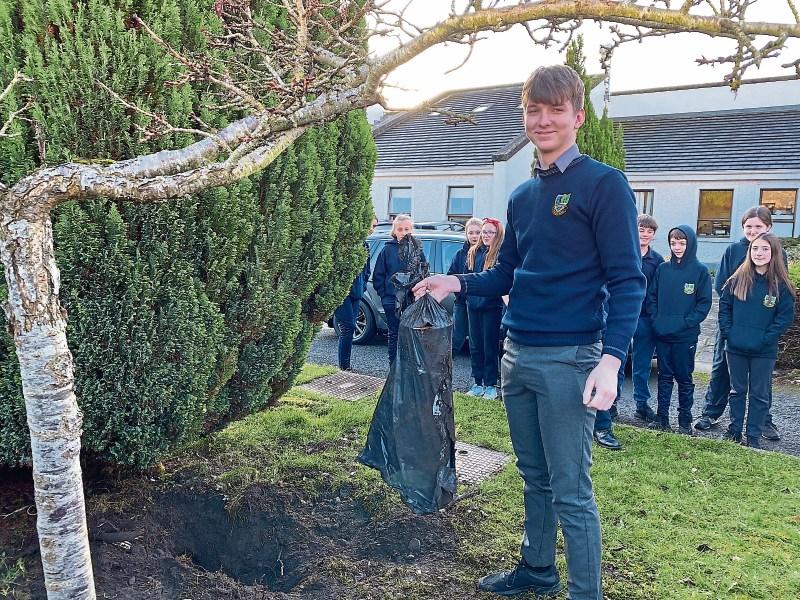 A time capsule buried at St Paul’s Secondary School in Monasterevin has been retrieved twenty years to the day after it was buried in the ground, on December 16, 1999.

Irish and History teacher Seamus Ferry was behind the idea to create a millennium time capsule for the school.

“It was coming up to the millennium and it seemed to be a good idea so we decided to do one,” Seamus said.

“I was teaching here at the time and little did I think I would still be here 20 years later. I can’t remember everything that was put in at the time but I remember I put in a couple of newspapers of the day including the Leinster Leader.” The capsule was buried under the tree in front of the school.

Caretaker Eamon Dunne was given the task of locating it and digging it up last Monday, December 16.

He said he was hoping to find his youth in the capsule and not the dreaded Y2K bug which it was predicted would cause computer chaos at the turn of the Millennium..

“I’m digging up my youth,” he said. “But hopefully not the millennium bug.”

Seamus added that he had forgotten where the capsule was even buried.

“We had to find the original newspaper clippings to remember where we buried it exactly,” said Seamus. “So we didn’t need the metal detector.”

“We decided to dig it up today because it has been 20 years and there’s still a couple of teachers here from that time, and also because we will be moving to the new school at some point.”

A selection of pupils were invited out to witness the retrieval of the capsule and 5th year student Dyma Pauliv volunteered for the task of pulling it out of the ground.

“7,305 days ago we stood here and we buried this time capsule,” Seamus said.

” A lot of you were not even here 7,305 days ago but the few that were hope that we have done something good with our lives. We only had one computer in the school at the time so a lot has changed over the 20 years. Hopefully the contents are still in tact.”

The capsule was brought inside the school and opened to reveal its contents.

Inside there was a copy of the Leinster Leader dated December 16, 1999 — however it was badly water damaged. 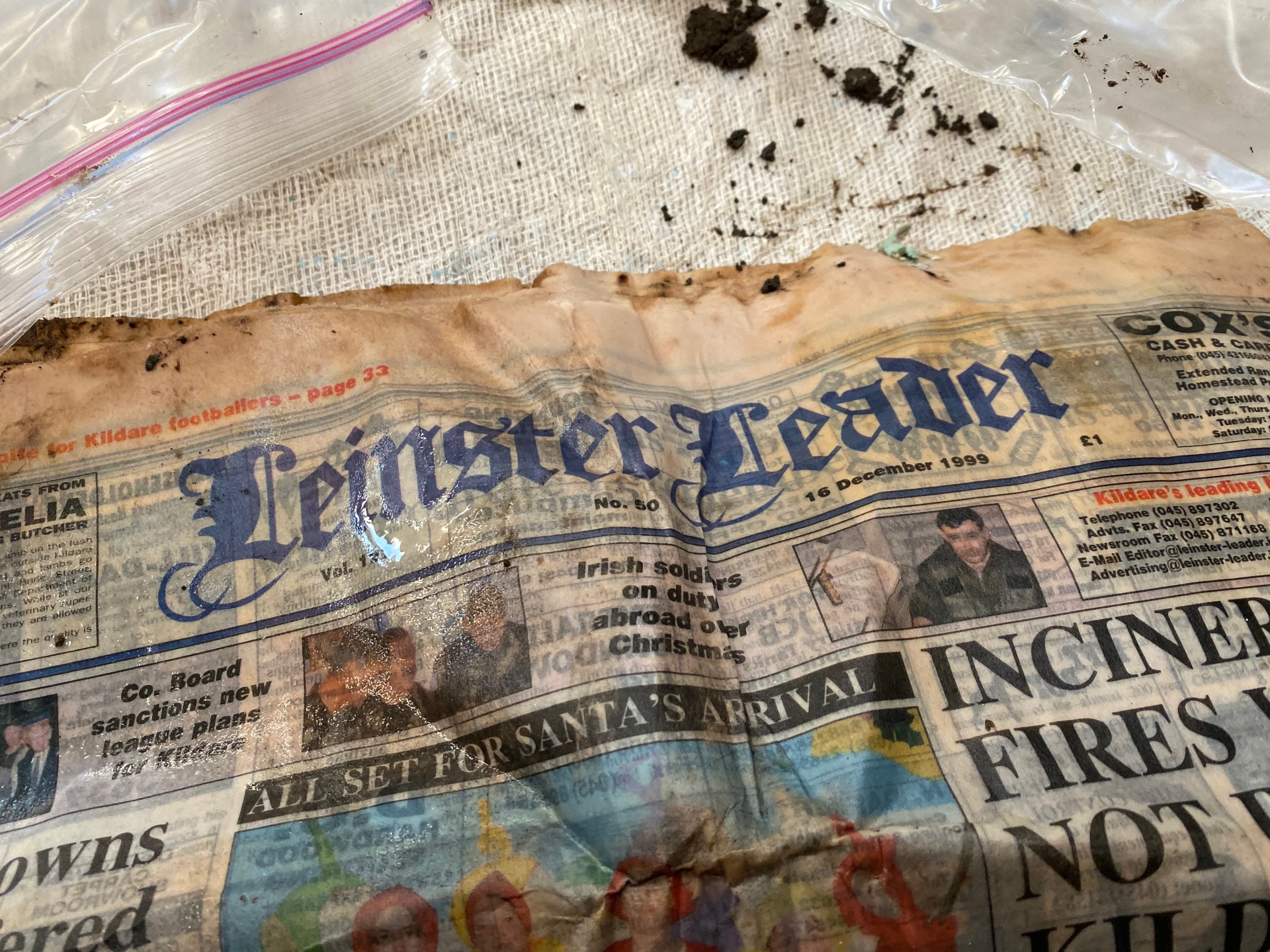 Other items included a video tape with footage from that day, slides, a school crest, a roll call, St Paul’s Millennium edition year book, a Millennium poem that was written by then TD Sean Power and a short history of the school.

There was also a photograph of the sixth year class at the time which was water damaged, and a short biography from then TD Alan Dukes, who arrived to see for himself the contents of the capsule 20 years later.

The capsule was constructed at the school from unused stainless steel from the technology department and all items were sealed to prevent deterioration. Silica gel packets were included to combat humidity.

“We will probably put it back in the ground and leave it there,” explained Seamus.

“We were going to put the contents on display but we think that it belongs back in the soil — we might add a few new items to it and leave it another 20 years or more.”