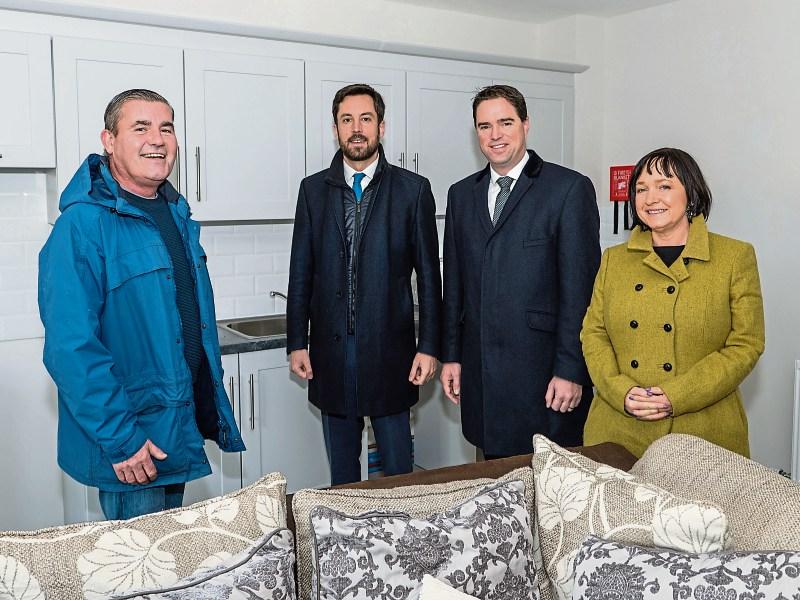 The keys of 32 new council homes in Kildare town were officially handed over at Dunmurray Rise on Monday, November 11, one year on from a work stoppage by subcontractors at the site amid payment fears.

Despite this early set back in the build, leaving the site like “a ghost town for a time” the Mayor of Kildare Councillor Suzanne Doyle, officially opened the council’s newest housing development at Dunmurray Rise, Bishopsland, Kildare town on Monday last.

The new homes were constructed by Kildare County Council and funded by the Government under the Rebuilding Ireland: Action Plan for Housing and Homelessness programme.

Kildare County Council accepted the tender submitted by MDY Construction Ltd, a company originally based in Staplestown, on 13 October 2018.

Construction began on site in September 2018 but shortly stopped after JRS Scaffolding subcontracted to build the 32 houses began removing their equipment from the site leaving the site empty.

MDY Construction handed over the completed units on October 21, 2019.

The new tenants received the keys to their new homes on Friday, October 30 2019.

The Kildare chief executive noted that the construction of new homes by local authorities will play a key part in meeting future demand.