Tenders in for project 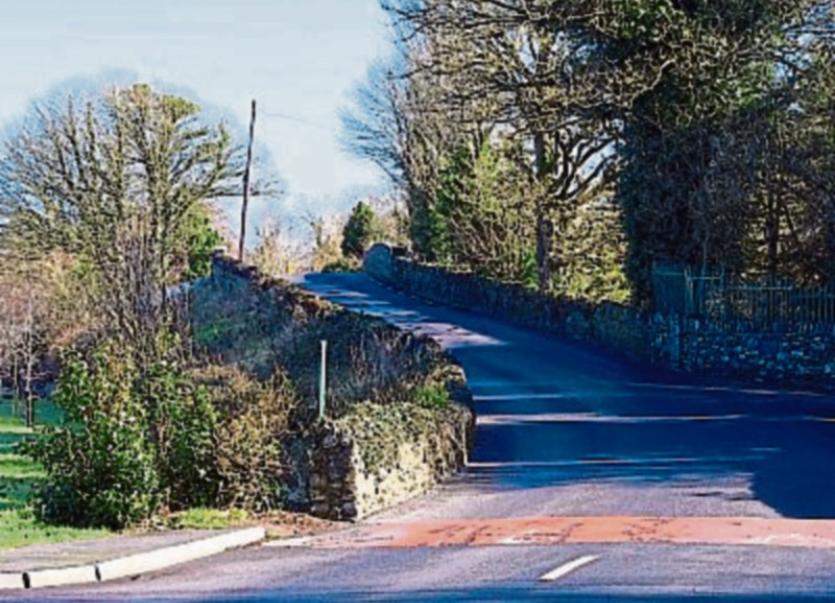 Saftey works on Kildangan bridge are to begin before the year is out subject to funding.

Cllr Mark Wall asked for an update on the saftey meaaures at the bridge at this month's area meeting which was held in Aras Chill Dara on Monday, September 19.

Members heard that tenders have been received by the council for the works on the bridge and subject to funding, works will commence in 2019.

Cllr Wall said that funds had been set aside for the works estimated at €450,000 from LTP monies ring fenced for the project.

The meeting heard however that more funds would be needed as per the tenders submitted for the works.

To help highlight the issue 230 children walked across the bridge in protest in June 2016.

Cllr Wall also asked for an update on the provision of a public car park for the village.

He was told that work on the provision of a public car park opposite the school has not progressed at this time due to staffing constraints in the council.

“We have a problem filling vacancies at the moment,”said KCC's Tadhg McDonnell, Athy Town Manager.

SEE ALSO:Kildare friends on a trip of a life time