Oh my my, get ready for Mundy at Kilkea 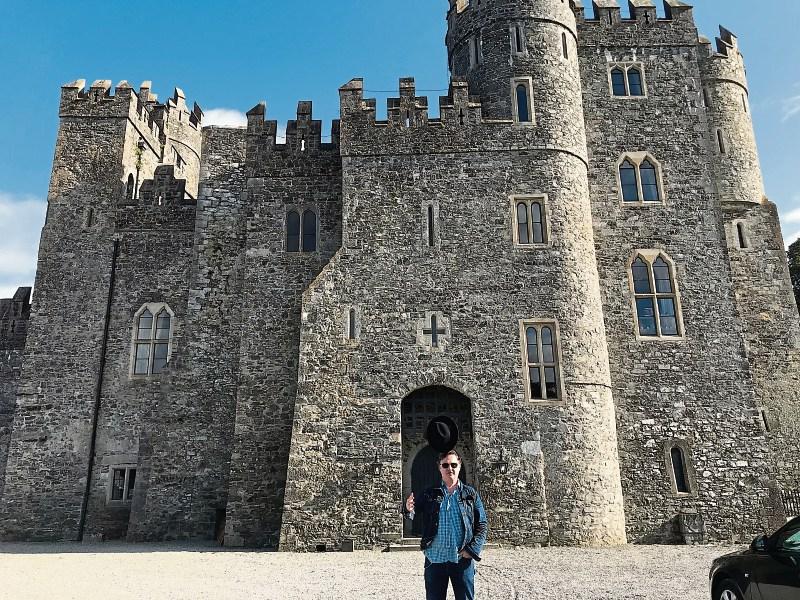 Round off the summer in style in the beautiful surroundings of Kilkea Castle, with the final event of their Summer Series featuring the ever popular Mundy tonight, Wednesday, September 11 at 8pm.

Mundy will play an intimate end of summer gig in the Baronial Hall, which sits under the majestic 12th century castle overlooking the lush gardens.

Mundy’s set will include his well-known hits such as July, Mexico and Galway Girl as well as some new material.

“I am excited about it as it is nice for me to play in an intimate setting, ” said Mundy speaking to the Leader last Wednesday.

“I’m a dad now so it’s less rock and roll these days but it’s always nice to play for people who have been fans for years.”

Mundy first burst onto the scene in 1996 and has been writing and playing music ever since.

“I have two or three new songs and I’ll go back through the hits to mix it up a little. I feel grateful to be past 40 and not to have had a proper job yet. All my fans have stood by me through the years and span ages from 20 to 60 years of age.”

Mundy, who is dad to two girls, Eden aged 10 and Belle aged 8 years, said although he doesn’t get out as much as he used to, he still gets his inspiration from going for a sneaky pint.

“I like to go on my own and sit within ear shot of a conversation,” he said.

“Remember I grew up in a pub in Birr, Co Offaly so it feels very normal for me to sit and listen to what is going on around me. I love banter and jargon from all over the country. A turn of a phrase is enough to inspire a song and I find inspiration in poetry and the countryside. I still love the thrill of an audience singing my songs back to me. Making an audience excited is really like an addiction to me.”

He has recently taken up painting when he is not on the school run or making new music.

“I love it — it’s water colours and I’ve no idea if I am any good or not, but I love the process. I also enjoy walking and photography.”

While he still enjoys touring, he finds it more of a chore now without the company of his band and family.

“I miss the family, the routine and the company of having a band with me. I do everything on my own now including booking flights and accommodation and while I still enjoy it, I do miss company of having a band with me. I was in Japan one time and about four or five people came up to me after the gig holding my first album Jelly Legs. That was from another time in life and so long ago, so it was amazing to see that they had that album and it had touched their lives.”

He released his debut album Jelly Legs in 1996 on the Epic Records label.

The album included the song To You I Bestow, which was featured on the best-selling soundtrack to Baz Luhrmann’s film adaptation Romeo and Juliet.

“I love it when audiences ask for that song because that album came out way before the later stuff,” he added.

“I was very lucky to feature on Baz Luhrmann’s soundtrack. I had just signed a deal with Sony and I was the new kid on the block and he was looking for someone new at the time. I showed my girls the video recently and they couldn’t believe it was me. I’m not sure they liked the hair — I might of had a bit of a mullet at the time.” he said laughing.

“They were like that’s not you daddy, turn it off.”

It’s true it was from another time in my life that I don’t even think about now.”

His career highlights include playing with Sharon Shannon’s Big Band alongside Damien Dempsey and Shane MacGowan, turning up at The Glastonbury Festival as well as touring around the world and setting up his own record label.

He has also guested with The Cardigans’ Nina Persson’s A Camp project at the Academy in Dublin and Mundy also recorded an Irish language version of the track, Galway Girl entitled Cailín na Gaillimhe, for Ceol ‘08, an Irish language compilation album released in 2008 to raise money for several Irish charities.

“I like to end my gigs in fifth gear so I’ll start off slow and build it up as we go along,” he added. “I am really looking forward to it.”

Fans can also make a night of it and treat themselves to a stay in one of the estate’s lodges or elegant, uniquely designed Castle Bedrooms, with a delicious breakfast the following morning.